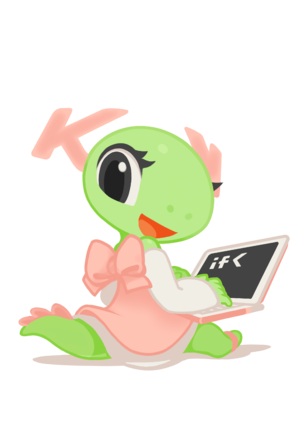 The Plasma Netbook Reference Platform is a full system image that makes it easy to test and improve the Netbook workspace shell. It can be downloaded and installed on a USB memory stick for easy testing on netbooks, tablets and other devices with similar hardware form factors.

We strive to accomplish all of these things in an open manner that embodies the precepts of the KDE Community Code of Conduct.

How To Get It

Note: The following procedure creates a persistent installed filesystem on a USB stick. This is not comparable to a classical live CD system where everything resides in memory and changes are lost on reboot. The disk image system performs faster than a live CD. The first time you boot the stick, if there is sufficient free space, /swap and /home partitions will be created. All changes will be saved on the stick and will still be there on your next reboot.

Weekly build images are made available at the following address:

To extract the image to a stick, follow these simple instructions.

You can also use

dmesg in the terminal and note the 3 letters between the brackets in the last lines (i.e. [sdb]. This is the actual code of the device that you just plugged in.

dd if=Plasma-Netbook-Reference.i686-0.1.0-Build16.1.raw of=/dev/sdb Hit <Enter>. (Replace "sdb" with your 3-letter device code and the .raw image name with whatever downloaded).

Use in a VM

You can use the .raw file directly in qemu. VirtualBox is faster but requires you to create a virtual disk image from the .raw file.

This .vmdk file can then be added as a disk using the Virtual Media Manager dialog.

How To Get Involved

Get set with the Build Service

To start making your own changes, you need to login to the Build Service website. An OpenID login is being worked on.

The configuration files for Plasma Netbook Reference Edition are stored in the KDE:Netbook OBS project here:

Here you can perform most tasks to access builds and update the configuration.

To work efficiently with the OBS, you can use the osc command line client. To build your own images, you need the kiwi command line tool, and the 'build' package.

A full list of repositories is at the osc link below, but some common ones are

Branch it in the OBS

The Build Service contains a branch/merge mechanism that allows you to make changes in a branch then submit your package modifications back to the main project in the same manner as a git tracking branch. This allows changes to be reviewed by the Plasma team.

Once you have the tools installed, create a branch of the basic packages with:

then check out your branch with the command output by 'osc branch' above.

Since image builds consume a lot of resources, only the main KDE:Netbook project builds on the server. You can build your branches locally like this:

(--linksources saves disk space by not copying packages to the build chroot but linking them.)

The first build will take a long time to fetch the base packages from the server, but these are cached.

After changing something, rebuild the image and test it on a netbook or in a virtual machine.

When you have changes in your branch that you want to merge back to KDE:Netbook, osc submitrequest will create a request to merge the changes. When the request is accepted, your branch will be rebased on the updated original

A short description of what we have in the project.

Most packages used to build the image come from openSUSE. By declaring additional or replacement packages in KDE:Netbook, or your branch, we customise the image.

As a base we use KDE Four Live. The Build Service package for this is here.

The description what will be built in the end is in the .kiwi file.

The status of the build can also be seen on the project page: https://build.opensuse.org/project/monitor?project=KDE:Netbook

there are some build repositories registered for the project:

The openSUSE repos are needed when we create custom packages.

You can download the finished binary image whether or not publishing it using osc (or the web interface): osc getbinaries images i586

See http://en.opensuse.org/HCL/Network_Adapters_(Wireless)/Broadcom_BCM43xx - either use the native b43 driver or the Broadcom STA driver from the Packman repo if b43 doesn't work.

WiFi not working out of the box


This page was last edited on 19 July 2017, at 16:58. Content is available under Creative Commons License SA 4.0 unless otherwise noted.