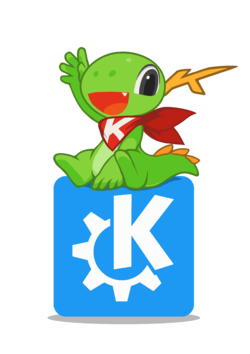 Konqi and the KDE Logo

Konqi is the mascot of KDE. He is a cheerful green dragon kid. He and his colorful dragon friends are living in KDEvalley of Flossland. This page tells the story about him and his friends. [1]

Looking for their artworks? They can be found on the Promo/Material/Mascots page!

The KDE dragons are cyber creatures. Underneath their scales are Qt hearts and other free software parts. Once upon a time, the dragons were scattered all around Flossland, tending to their own business. Life was simple, and things changed slowly, much slower than what happened in the Proprietaryland across the Belief Ocean. 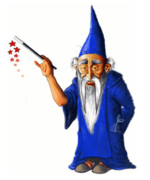 One day, a wizard named Kandalf -- some say he was actually a computer scientist in his pyjama -- traveled to the location of today's KDEValley and decided to stay. Kandalf gathered the dragons to build a town they could not have built alone. [2] Kandalf named the place KDEValley and the dragons began to refer to themselves as the "KDE Dragons". Kandalf worked as the new town's ambassador of the time, communicating with other colonies across the Flossland as well as inviting more dragons to the town. Konqi was the first dragon who joined Kandalf. He worked under Kandalf as his assistant. [3]

Years later, the town of KDEValley began to take shape. Seeing his task completed, Kandalf passed the town to the hands of the dragons and continued on his journey. After Kandalf's departure, Konqi was chosen to be the town's next ambassador. [4] 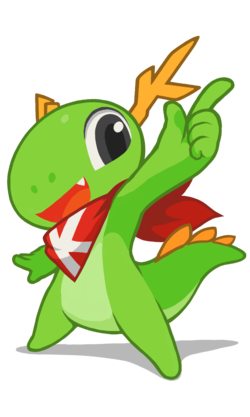 Konqi is the current ambassador of KDEValley. He is good at building things as well as breaking things, and his reptilian brain cannot keep things tracked when they get really complicated. He travels around Flossland to establish connections between dragon colonies. He also brings messages to Userland across the Professional Ocean.

Konqi's full name is "Konqi the Konqueror" [5], sounds like a formidable Kaiser. He sometimes has these dreams of being a powerful big dragon, too. Was it his past life? [6] He likes to be called just "Konqi", though!

Konqi has a typical personality of his species: 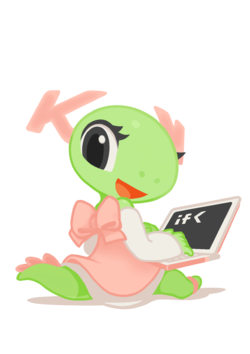 Katie is the dragon girl who lives next door of Konqi. She speaks for the town's female dragons. Some say she is the girlfriend of Konqi, but she acts more like his younger sister -- the kind who always puts things back on track after the hot-headed brother wrecked the train. [7]

Katie seems to be:

There are many other KDE dragons in KDEValley. Some dragons lives in their own colonies other than KDEValley. [8] They may have different colors, different antlers and different belongings, but their objective is the same -- to make Flossland a better place. [9] 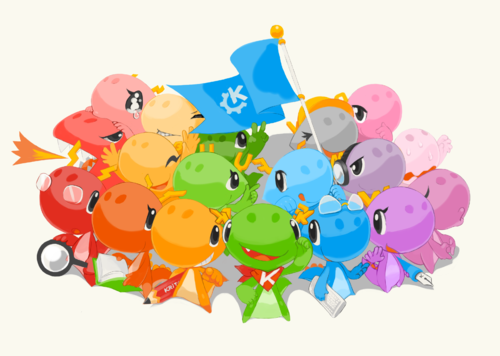 The color of a KDE dragon often reflects their personality. It is believed that their colors were determined by how their eggs were treated during the hatching process. Although possible, a KDE dragon rarely changes their color after they were hatched.

The antler shape of a KDE dragon reflects their most prominent abilities. Some dragons change antlers over the years, others keep their antlers unchanged. In some cases, a KDE dragon can have two different antlers on their head. Generally speaking, the more experienced they are, the larger their antlers become. [10]


This page was last edited on 26 January 2019, at 02:49. Content is available under Creative Commons License SA 4.0 unless otherwise noted.