Public Calendar with tasks and availability: [1]. 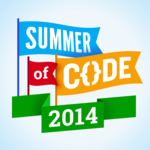 Note
This task is assigned within the GSoC 2014 program for KDE. Application page: [2].

Goal: Add support for importing (Kexi calls it data/design migration) tables from LibreOffice (or OpenOffice) Base (ODB format) to Kexi.

Proposed and mentored by Jstaniek, 2014

C++, some Qt, some databases, some XML, software architecture

Sample .odb databases are available for this tutorial:

Organization of the works


This page was last edited on 4 September 2014, at 20:45. Content is available under Creative Commons License SA 4.0 unless otherwise noted.