Over 60 KDE Developers attented the main Randa sprint, during 1-7 June 2011 in Switzerland. The developers had worked on different projects; one of them was Nepomuk. Despite that the improvement of the Nepomuk was originally planned, Sebastian Trueg and Daniele E. Domenichelli finished a script for Nepomuk which extracts all ontology entities from the sources and generates docbook references. 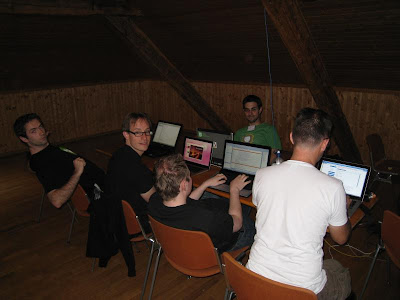 
This page was last edited on 8 January 2012, at 22:20. Content is available under Creative Commons License SA 4.0 unless otherwise noted.