A list of topics to discuss, in no particular order.

Over the last couple of years it has become almost a tradition to have a Gluon sprint prior to Qt Developer Days in Munich. This year was not different. Through much effort, a sprint was pulled together for the Gluon team, in part commemorating the first of these sprints two years ago, where the Gluon Vision was first laid down, and in part to assist in the work towards the next release. 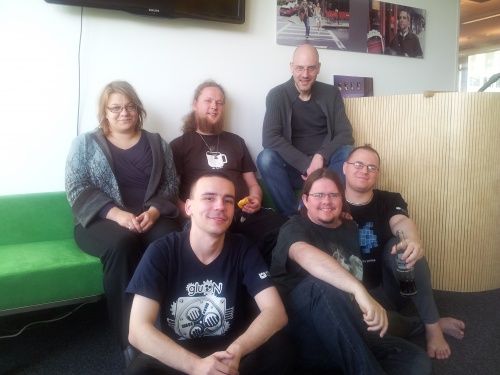 
This page was last edited on 3 January 2012, at 12:27. Content is available under Creative Commons License SA 4.0 unless otherwise noted.