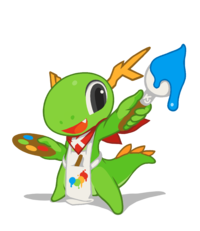 The VDG started out as the Visual Design Group, but has grown into a team dedicated to the whole user experience, including what is often called human interface design. The aim is to help KDE create software that is both beautiful and a pleasure to use. VDG has created and maintains the KDE Human Interface Guidelines and the Breeze theme used throughout KDE Plasma and applications.

VDG is always looking for people with skills in art, visual design, and human-computer interaction--or even just an interest in elegant design! If you have good ideas about how software should look and behave, you are a designer too, and we'd love you to join in. Our group regularly interfaces with users, developers, and the Promo team, so flexibility and the ability to communicate with many different kinds of people are a boon.

First, you should read through Get Involved/Design/Lessons Learned, which summarizes the result of frequently-recurring design discussions. Try to avoid starting a discussion that contradicts anything on that page, as it will tend to go around in circles and end up with nothing done and everybody frustrated.

Note
VDG task and project tracking will be in GitLab in the future once the GitLab migration is complete. However for now we still use Phabricator for this.

Feel free to have a look at VDG's current projects, which are are listed on the Phabricator workboard. In addition, here are some timeless ways to get involved in ongoing work:

First, subscribe to the visual-design mailing list to hear about general news and updates. You'll also want to become a member of the VDG team in GitLab. You can request access here: https://invent.kde.org/groups/teams/vdg/-/group_members Finally, join the #visualdesigngroup channel on Matrix or the Libera Chat IRC channel (which is bridged to the VDG Telegram room, if you prefer Telegram).

Most VDG discussions start out informally, in the chat channel. Once there's general agreement in the real-time chat, the discussion moves to a Phabricator task. The goal here is to open the discussion to include developers, and make the proposal more concrete using images and mockups. Mockups can be created using KDE's Mockup Toolkit.

It's important that VDG Phabricator tasks subscribe all the developers who may be affected by the proposed work. Try to honestly and fairly summarize the discussion and initial VDG conclusion when writing the task's initial description. It's important not to lose context or history!

In the Phabricator task, it's common for the details or scope to change based on developer feedback. This is normal! Developers have a better idea of what's technically possible or reasonable to change. Listen to developer feedback and change the design accordingly. At the same time, encourage them to listen to your expertise, and gently stand your ground if a developer tries to dictate design decisions to you.

Once there's general agreement in the Phabricator task, work should begin and folks can start submitting patches!

In a highly technical field like programming, it's easy to know the limits of your expertise. This is more difficult in subjective fields like art and design, and it's very important to have a firm grasp of your own limitations. For example:


This page was last edited on 7 September 2021, at 21:07. Content is available under Creative Commons License SA 4.0 unless otherwise noted.