In Linux, applications are installed as packages. A package is a set of files that contains the application's executable, version, metadata etc. Distributions have different packaging formats, and different release cycles. These differences need to be accommodated by developers.

Flatpaks and Snaps are distribution-agnostic methods of installing and maintaining software. They contain all the dependencies necessary for running the application, independent of the distribution's native copy of them.

As a security feature, applications packaged in these formats do not enjoy full access to system resources, unlike traditionally packaged applications. These applications have to be granted permissions to access the majority of features of the system.

My Goal during GSoC: My project entailed the creation of system setting modules to allow the user to graphically change their permissions.

There are different types of applications: some have only an on/off value, while others have more options: filesystem permissions, for instance, can have values from among "read-only", "read/write" and "create". Further, users may be able to add specify filesystems, buses and environment variables that were not originally listed.

I have elaborated in more detail on concepts surrounding this part of the project in this blog post.

To allow Snapd applications to access resources outside their sandbox, there exist interfaces. Packages are granted access to these interfaces, as required. This would include access to certain files and directories, or hardware devices such as webcams.

Snaps use interfaces by declaring themselves as plugs for those interfaces. Interfaces are provided by slots. Upon declaration of the interfaces required, these plugs are connected to the required slots.

Snapd Qt API provides methods to set the values for these permissions.

Links to the Code Written

At this point, the following are accomplished: 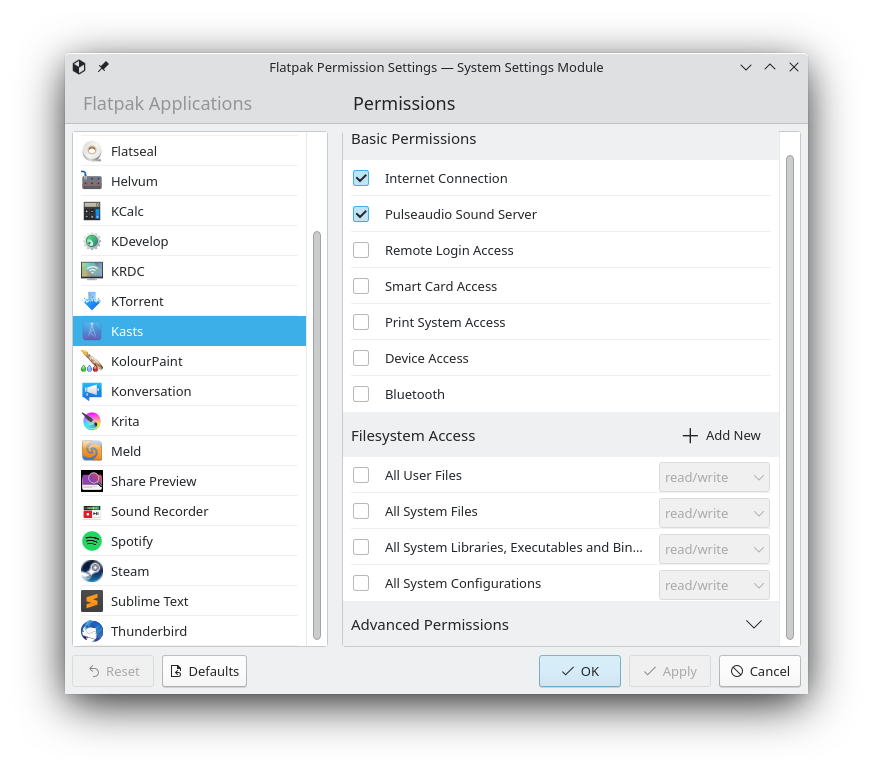 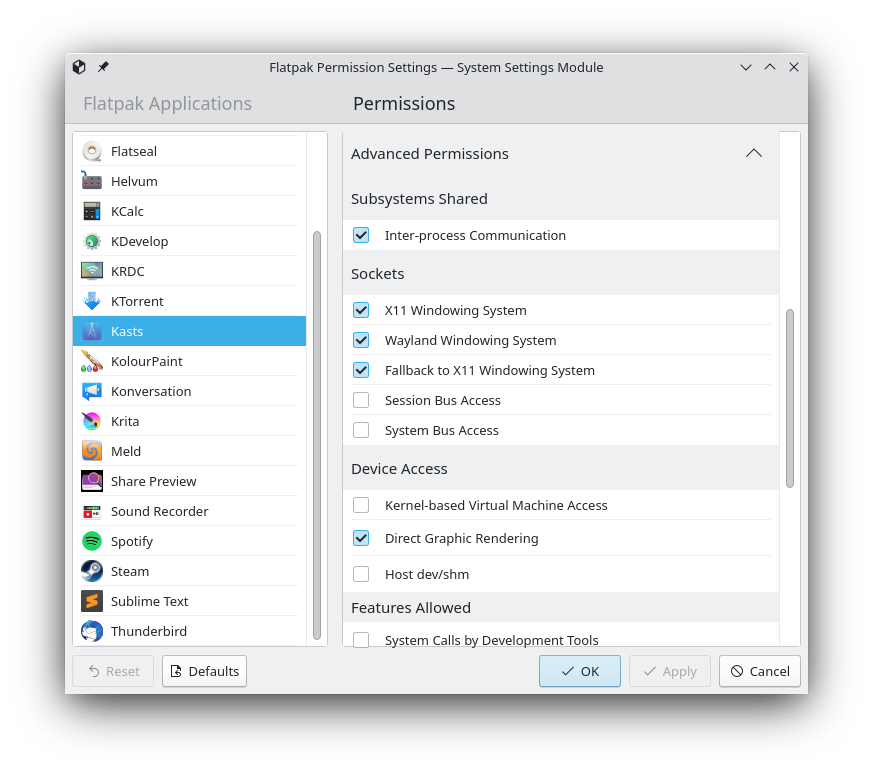 Thus the KCM is currently in usable state.

What's left: Presently we are in the process of moving the repository from my personal namespace to Plasma group, and thereby releasing it to users. This includes:

The following are accomplished: 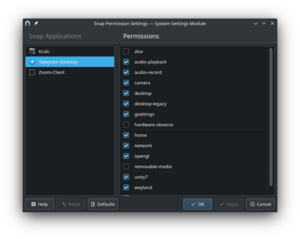 What's left: Snap permissions are simpler than Flatpak ones in the sense that they contain only ON/OFF values, and do not allow the addition of filesystems, session and system buses etc. The following goals are left:

GSoC has been a wonderful experience, full of incredible learning and new exposure. The KDE community has been very welcoming and helpful. I intend to continue developing and maintaining these system settings modules, and see myself contributing to Discover, Okular and other KCMs. More specifically, in the immediate future, I intend to:


This page was last edited on 12 September 2022, at 08:06. Content is available under Creative Commons License SA 4.0 unless otherwise noted.