Image Quality Sorter is a tool of digiKam. It helps users to label image by accepted or pending or rejected. However, the current implementation does not have a good performance. My proposal provides my perspective to improve this functionality.

Community Bonding is the time for preparation. I spend my first post describing this important period. Thanks to mentors Gilles Caulier, Maik Qualmann, and Thanh Trung Dinh for helping me prepare for the work this summer.

I have spent these 3 weeks reading the huge codebase of digiKam, preparing an environment for coding, and study in-depth the algorithm that I am about to implement. This is the branch that will have my work for GSoC21.

After reading enough documentation and mathematics, I start preparing a base for testing each functionality of Image Quality Sorter (IQS). I found that it is the most important task in this period. This helps me have a tool to evaluate my future work without thinking further about how to test it. There are 2 types of unit tests: unit test for each factor (for example detectionblur) and unit test by pre-defined use-case.

Although these tests can not be passed now, they will be useful in the future.

The figure below designs my algorithm. 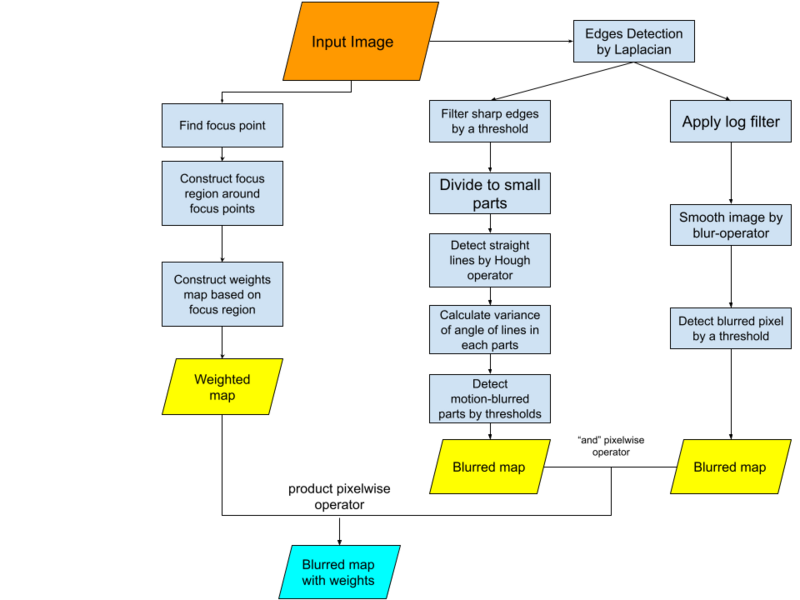 The advantage of Laplacian is its sensitivity. It detects not only the main edges but also the small edges inside the object. So, I can distinguish the sharp region that belonged to the object and the blurred region of the background.

I tested with test images in unit test of digikam. These images are some different use-cases for blur detection. For instance, the algoritm can recognize the sharp image like rock, or even difficult case like tree. It is also success to recognize motion blur by cheking on image like rock_2 or tree_2. However, the recognition is not very sensitive to jugde them as rejected but only pending.

The project should cover also the artistic image which focus on some specific position and blurs the rest on purpose . It demands an implementation of focus region extractor based on metadata. Moreover, as mentioned above, there is a dead case for the algorithm when the image have background (sky, wall, water, ...). It is reasonable because background doesn't have edges to detect. It also can not be seen as an blurred object. I will try to recognize this part in the next week.

Camera can use some points (name auto focus points) on image to make the region around sharper. Besides, it blurs the futher region, in order to make an aristic product. These points are named af points. An af point can be pre-defined by camera or by user, depend on model of camera. There are only 2 cases for af points : infocused and selected. Infocues points are the points sharpenned by camera, when selected points is the points expected to be clear by user.

An point can be both in 2 cases (infocus-selected) or neither both (inactive).

Being inspired by the plugins of focus points from LightRoom, I implemented the class FocusPointExractor in the library of metaengines of digiKam. By using exiftool which has been alread deployed in version 7.2 of digiKam, I can easily extract the auto focus infomation (af point). However, there is no standardized document. Therefore, each model of camera has its own function of extracting af points.

Currently, there are 4 models of camera which are extractable for af points :

Each point is not only a point on the image but a rectangle. Therefore, there are 4 properties : coordinates of center of the rectangle, width, and height. At last, the type of point is the fifth property.

FocusPoint is used to recognized focus region of image. This is a region where user expected to be clear. Therefore, I extract only selected points. For each point, I define focus region is the region around and propotional to the rectangle of point. I consider only pixels within this region for blur detection.

As mentioned in the last week, the algorithm should not consider the region of background, even in the image without focus point. By observation, these regions often have mono-color. Therefore, I detect them by dividing image small part, and calculate the standard deviation of color in this path. If it is smaller than a threshold (parameter : mono_color_threshold), I judge it a part of background and no longer consider it. By this adjustment, the figure below designs the last version of my algorithm. 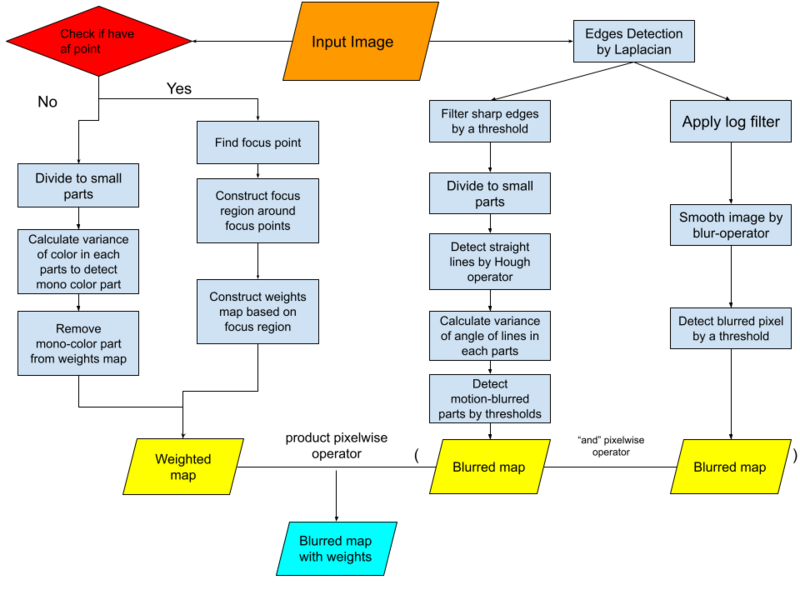 Noise detection is implemented base on the paper noise estimation by kurtosis projection. The main idea is to define noise as a random variable followed Gaussian noise. The algorithm estimates the variance of this variable as the level of noise. By using band-pass filter transforms Haar, I can approximate the noise of image to Gaussian noise.

To test the algorithm, I use some different use-case of noise:

I tested with various situations :

At first, by studying the algorithm of compression, a compressed image will have an amount of pixel-blocks (as the left half of follow picture) which will reduce the quality of image. 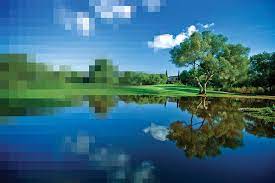 A block is a square mono-color. My algorithm tries to detect the region of all pixel-blocks. I detects 2 types of pixel : pixel inside the block and pixel at the edges of each block:

In order to test the performance of my algorithm, I use the database KonIQ-10k. Its advantage is that the quality of all images are scored by reliable quality ratings from many crowd workers and include in the interval of 0 to 100 which is suitable to our case. To perform a unit test for the whole `Image quality sorter` (IQS), I create 5 test cases based on five intervals of score in the database: bad image (score : 0 - 10), quite bad image (score: 10 - 30), normal image (score: 30 - 50), quite good image (score: 50 - 60) and good image (score > 60). For each test case, I take from the database 6 images which the correspondent score. Bad and quite bad images would be labeled REJECTED, normal images with PENDING and the last test case would be labeled ACCEPTED. The result is quite promising while it can give the right label on more than half of test-images. However, there are still various fail cases. One of the main reasons is that when an aspect of quality is extremely poor, people will rate it a bad image in spite of the other quality is good. I apply a trick to cover these cases. When a score of an aspect is extremely low, the final quality will get a punish to downgrade the score. This trick works well while it can cover more use-cases.

At last, I run IQS on the whole data set in order to calculate the accuracy of the algorithm. By applying threshold of REJECTED, PENDING, and ACCEPTED label, I classified each image as a reference label. Then, I compare the result of IQS to the reference. It git the result of 54% of accuracy. this is not a very good result. However, most of false prediction is the confusion between REJECTED label and PENDING label or ACCEPTED label and PENDING label. It can be resolved by user by modifying the threshold. The serious fail is the confusion between ACCEPTED label and REJECTED label. There are only 171 images in this case (on 10k images), this is a quite good result.

After having a quite good performance of accuracy, my work continues in optimizing the run-time of IQS. The main idea is to extract the common processes 4 detections and execute it only one time. Then, by applying multi-thread on 4 detections, I can decrease more time of processing. 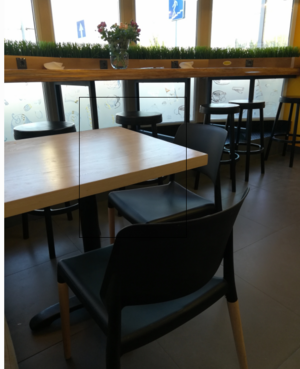 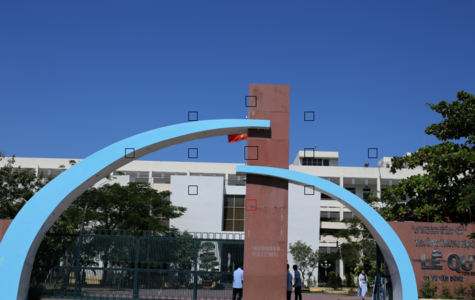 I spent my last week to fix bug and resume my work. Hence, I have the list of TODO and DONE at this point.


This page was last edited on 23 August 2021, at 09:32. Content is available under Creative Commons License SA 4.0 unless otherwise noted.