Okular is a powerful universal document reader that supports different types of document formats, one very important format is the PDF format. PDF files can have what is called an Annotation, an Annotation represents additional object that can be added to the document for clarification purposes, such objects can be text, shapes overlaid on the document, or even sounds/videos and other rich media formats.

A common annotation that is used in a lot of use cases and scenarios is a Stamp Annotation. Stamp Annotation is meant to be like a rubber stamp that gets added to the document. Currently Okular doesn't fully support Stamp Annotation, the reason is that the underlying rendering library we're using (Poppler) doesn't have means to add custom stamps, or in another words Poppler doesn't know yet how to take a stamp annotation and save it in the document in a way that other renderers can parse it and render it as well.

So, the goal of this project was to extend Poppler in order to be able to save new stamp annotations information so that we don't rely on how other renderers generate some of standard stamps and also they would have a way to render the custom ones. Ideally I wanted to make poppler render default standard stamps by itself without depending much on their appearance streams(think of this as a stream that represents instruction for the backend renderer to draw the stamps) but I'll be still working on this after GSoC.

I communicated with my mentor daily by sending daily mails of the work done, we also had a weekly meeting to discuss future plans and to work on the current issues

Here are the links for all the work done so far:

Also, here are the links for my blog posts:

Also, here are some images of the completed work in different PDF viewers for the same file: 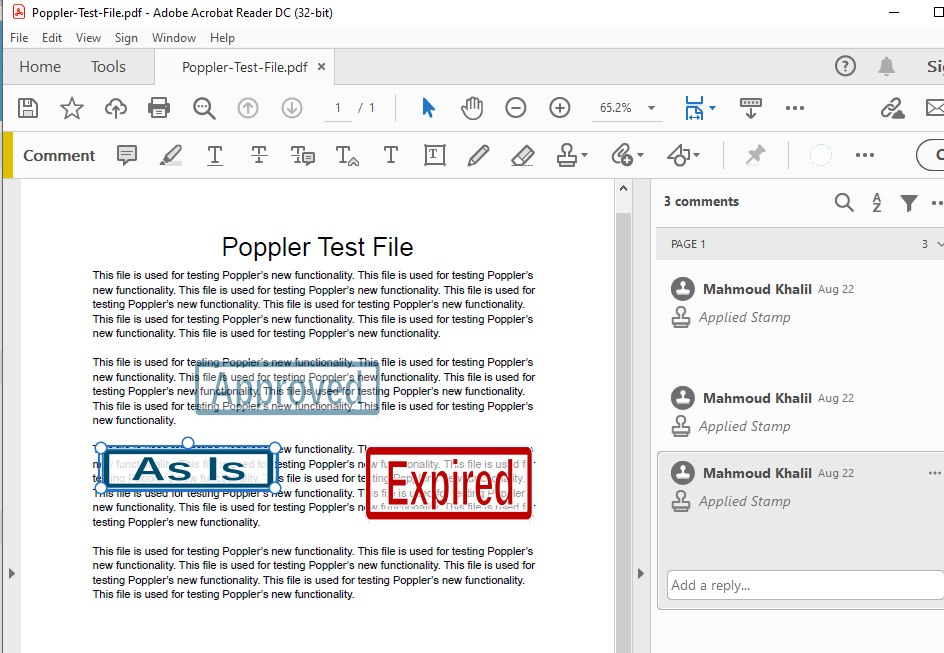 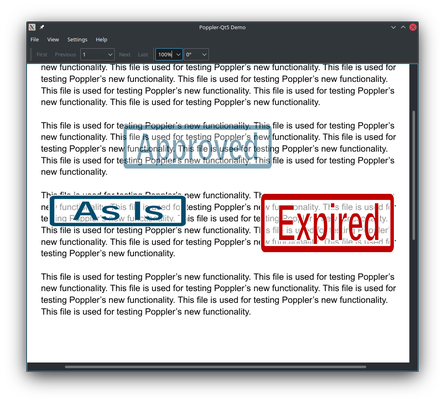 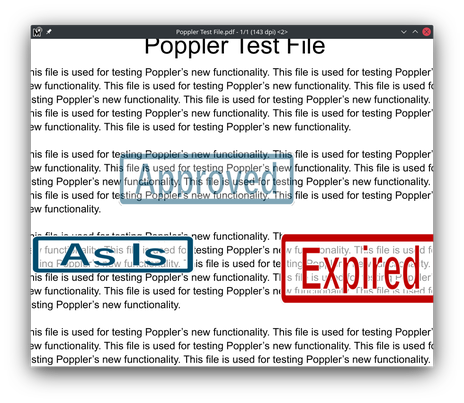 I'm planning on continue working on fixing the default stamps issue. Also, there is something that would improve the delete/undo behavior in Okular regarding the stamps annotation, so I'll probably work on it after fixing the standard stamps. Also, I'll port all of my work to Qt6 Frontend so that it would be ready when we switch and port Okular to Qt6 in the future.


This page was last edited on 23 August 2021, at 16:34. Content is available under Creative Commons License SA 4.0 unless otherwise noted.