Port the package of all GTK+ piano activities to Qt

GCompris is an educational software suite comprising of numerous activities. Originally written in Gtk+ its development team started to rewrite it from scratch in Qt Quick. My aim is to port all the piano-based musical activities which are one of the most important activities that we are missing to have a complete 1.0.

This activity teaches the users how to compose melodies with piano by offering them certain components like notes, rests and many features like erase, replace, undo etc.

3. Reworked the code base according to IPN Notation.

9. Added feature to display lyrics and other details of the music loaded.

13. Made a common API for all the types of elements on the staff.

14. Added feature to add multiple clefs on the same staff.

15. Implemented BPM meter which would default to 60 BPM and the user can increase/decrease the rhythm of the song.

16. Piano_composition API is used by all other activities which make the code non-redundant, easily manageable, maintainable, modifiable.

17. Did code cleanup and refactorizations.

The activity is not yet complete because of the need to integrate an audio synthesizer and incompletion of GCCreationHandler (not yet started) as not much time is left in the end. However, the community agreed that the audio synthesizer integration is out of the scope of GSoC as they did not foresee it and is planning to work on a synthesizer after GSoC. 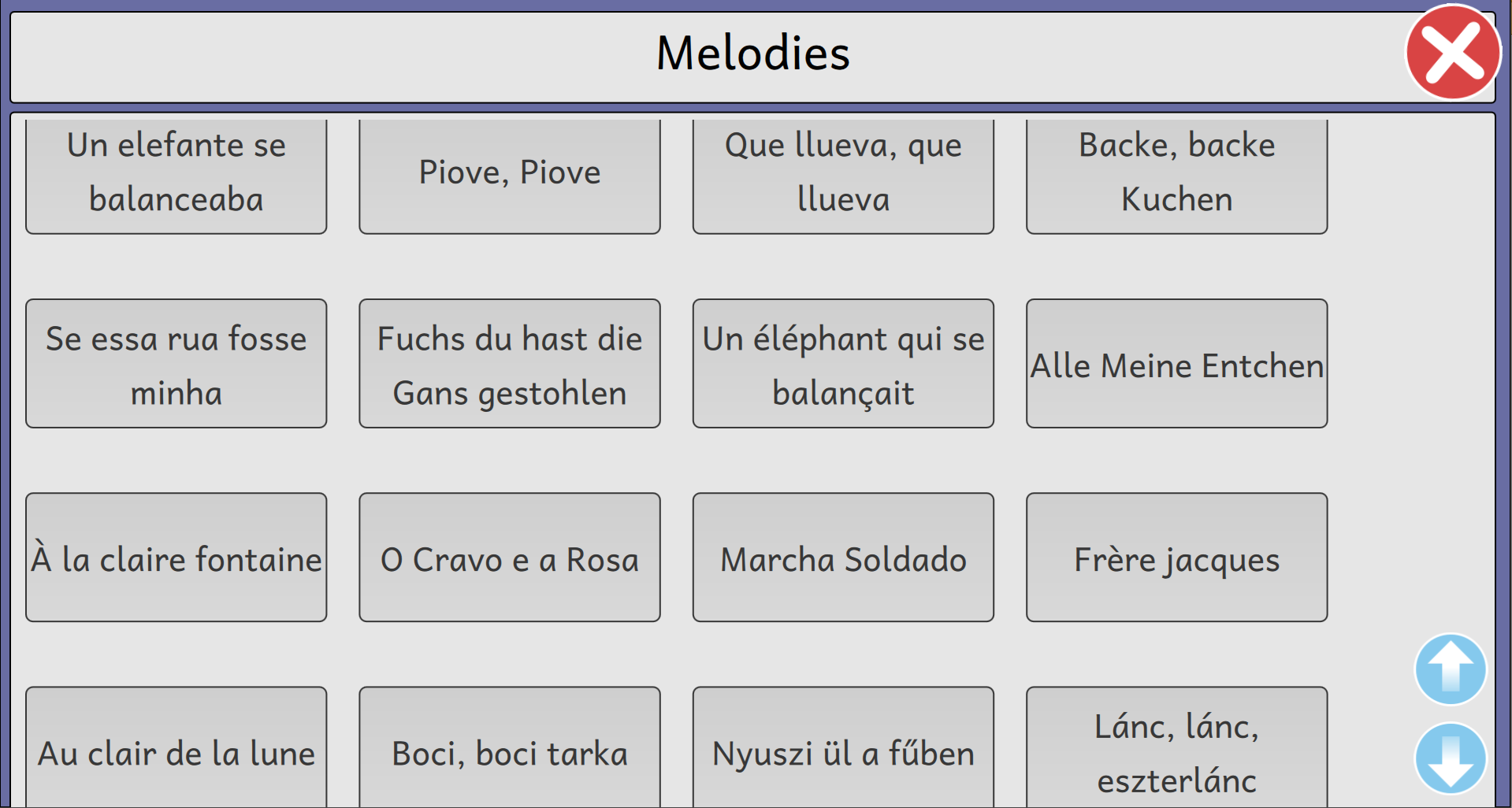 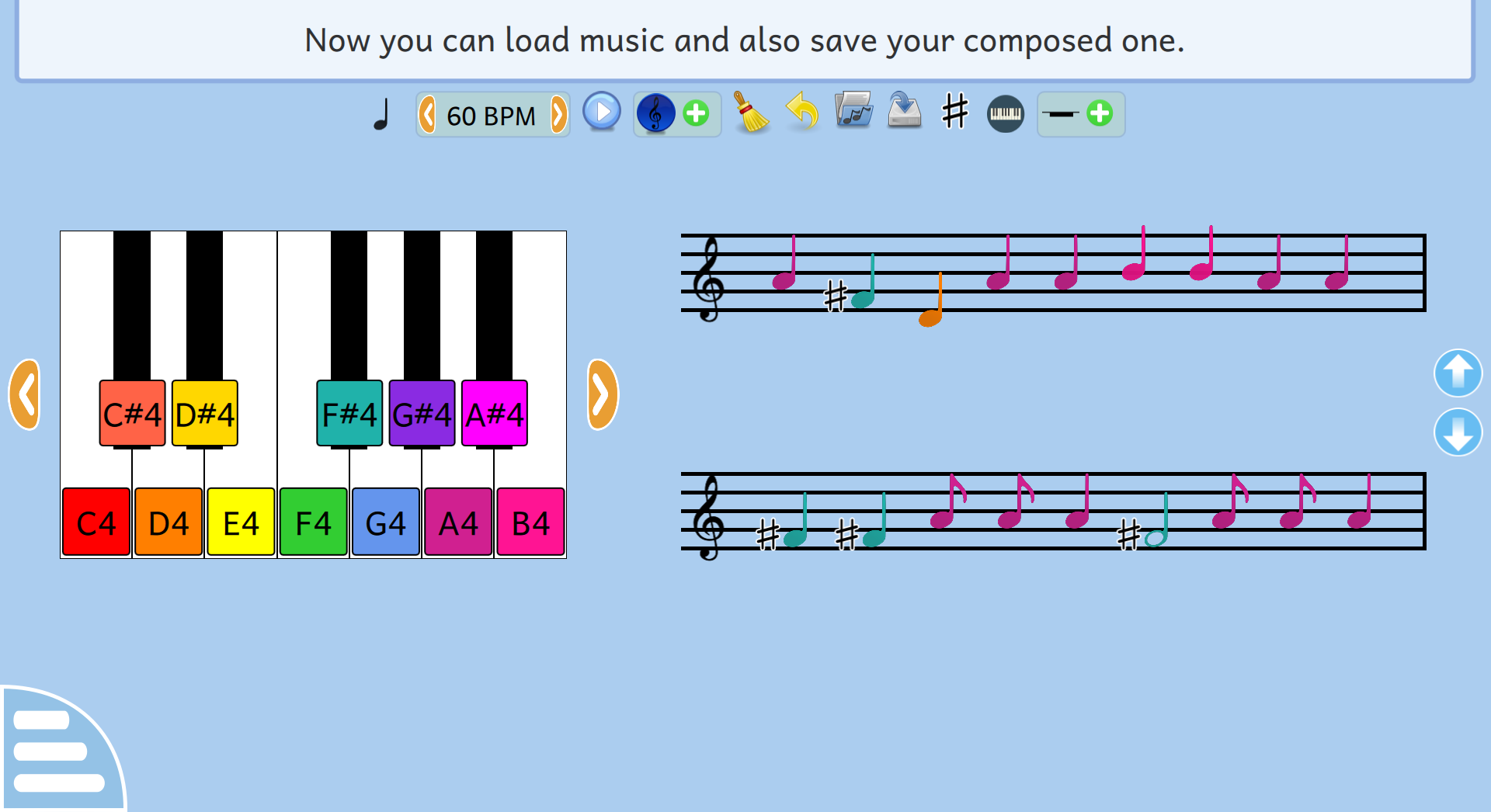 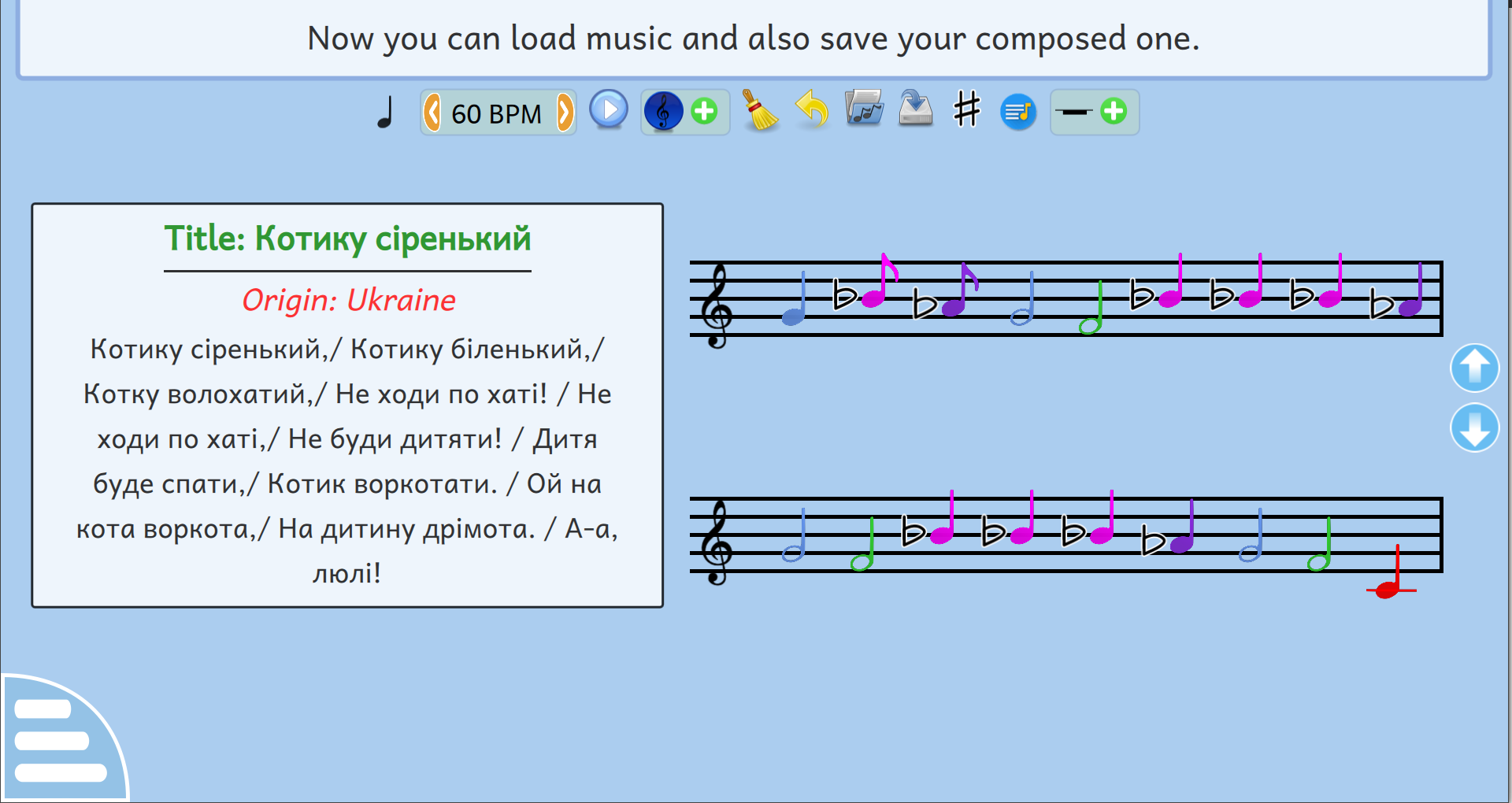 "Lyrics for the loaded music"

This activity aims to let the user understand how the piano keyboard can play rhythm as written on the musical staff by replicating the ones that are presented.

1. Added resources from the Gtk+ version.

2. Laid down UI of the activity.

4. Implemented working logic of the activity. 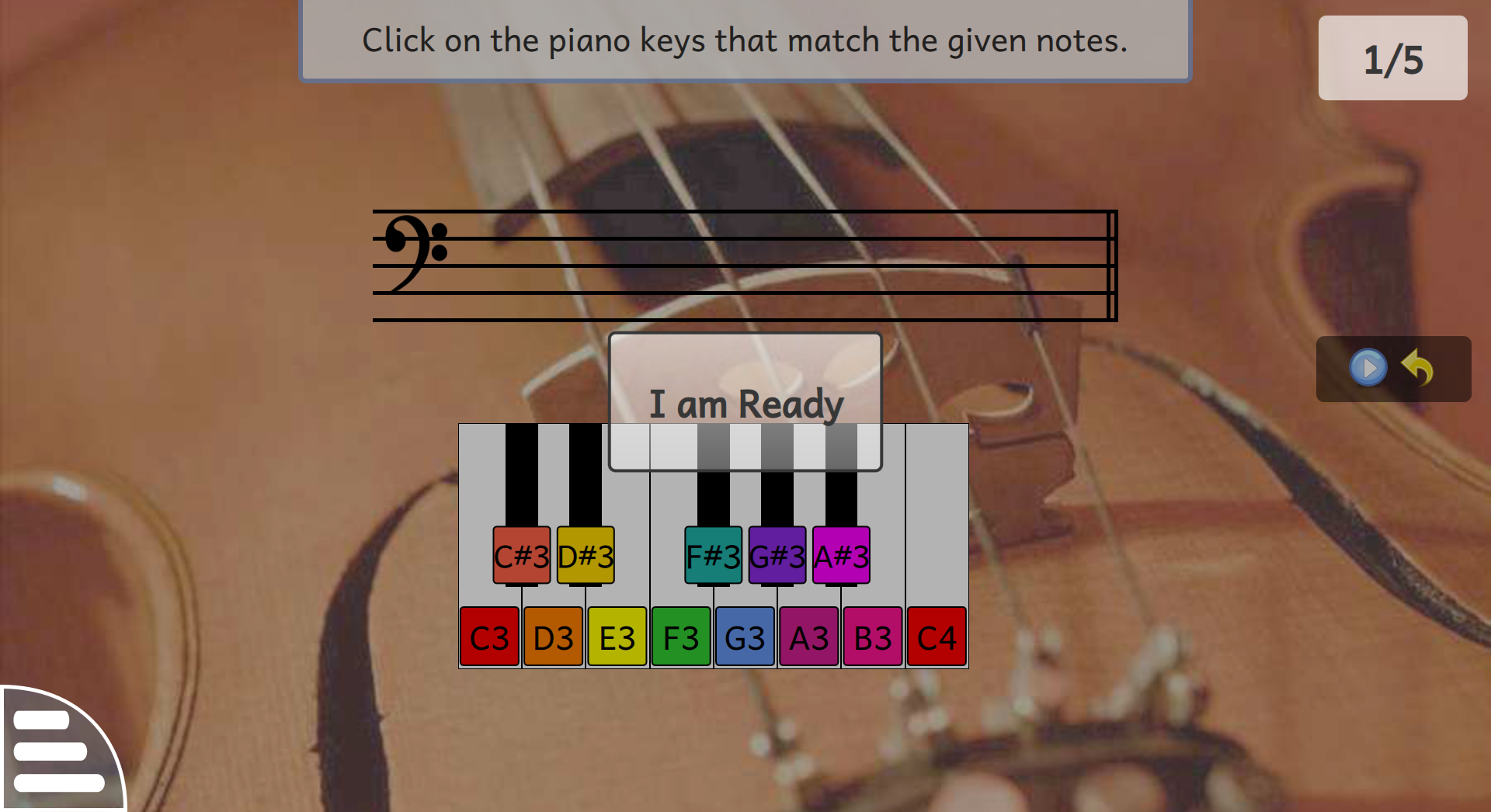 Screen for the user to begin practice 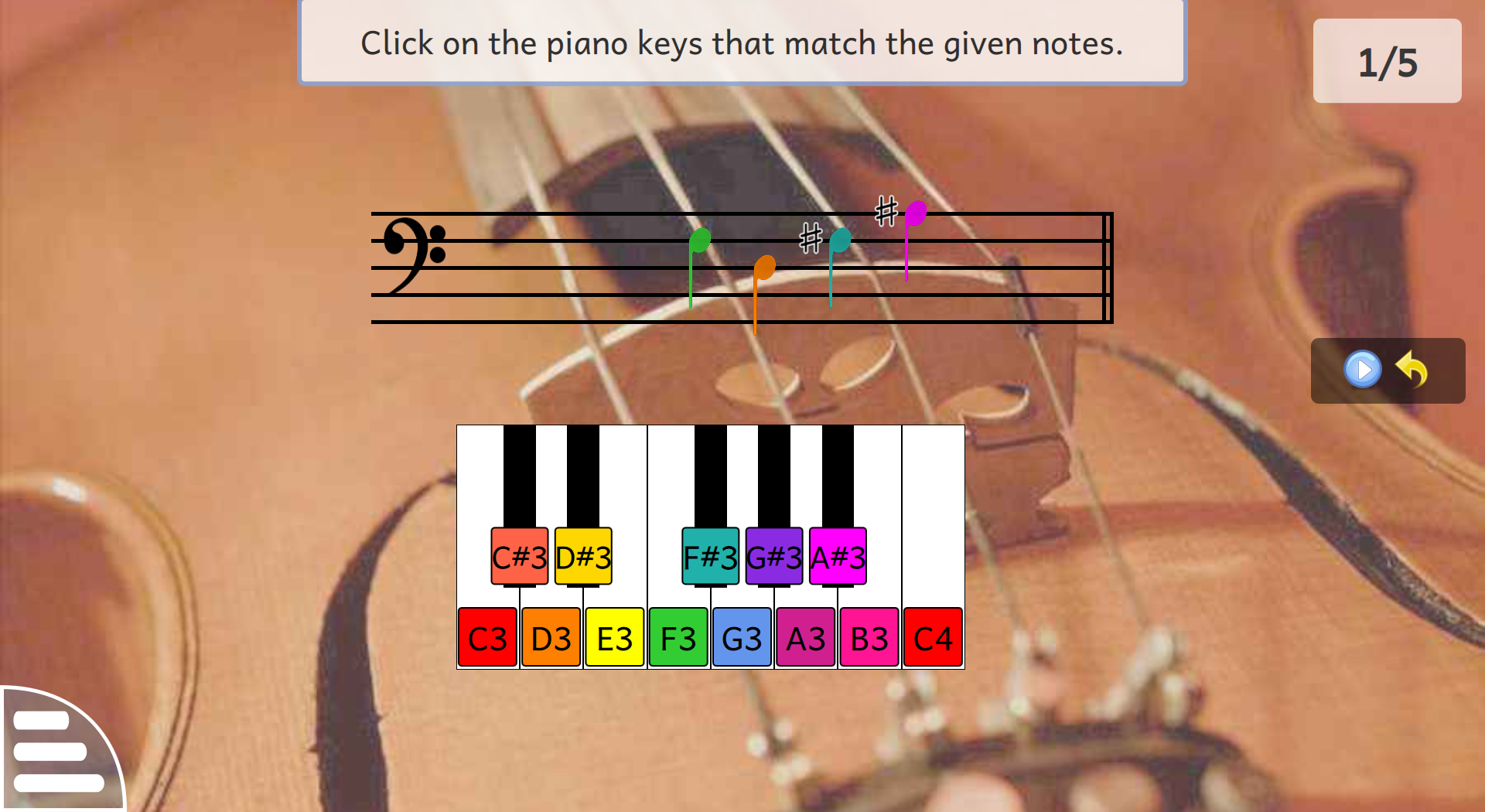 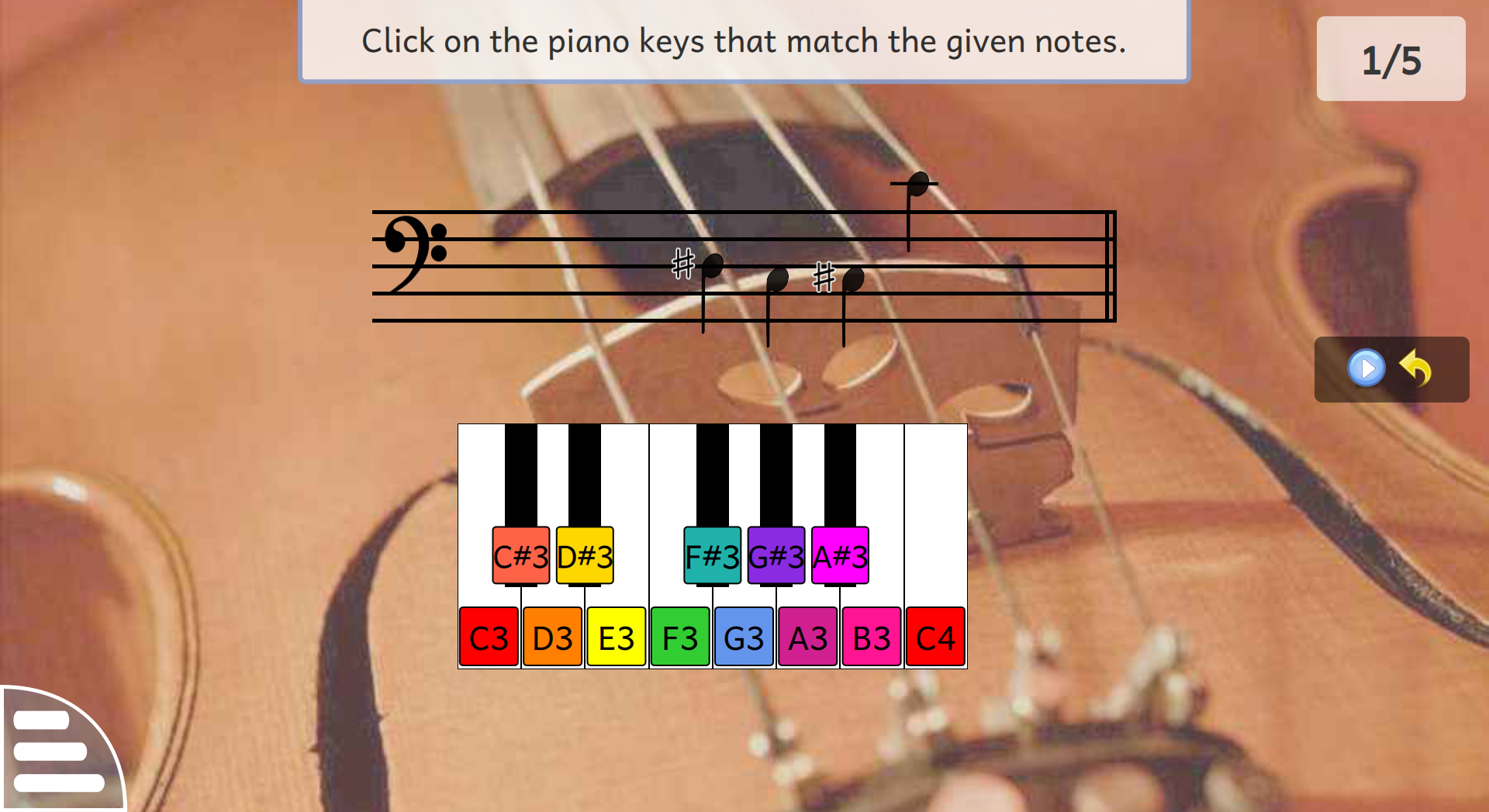 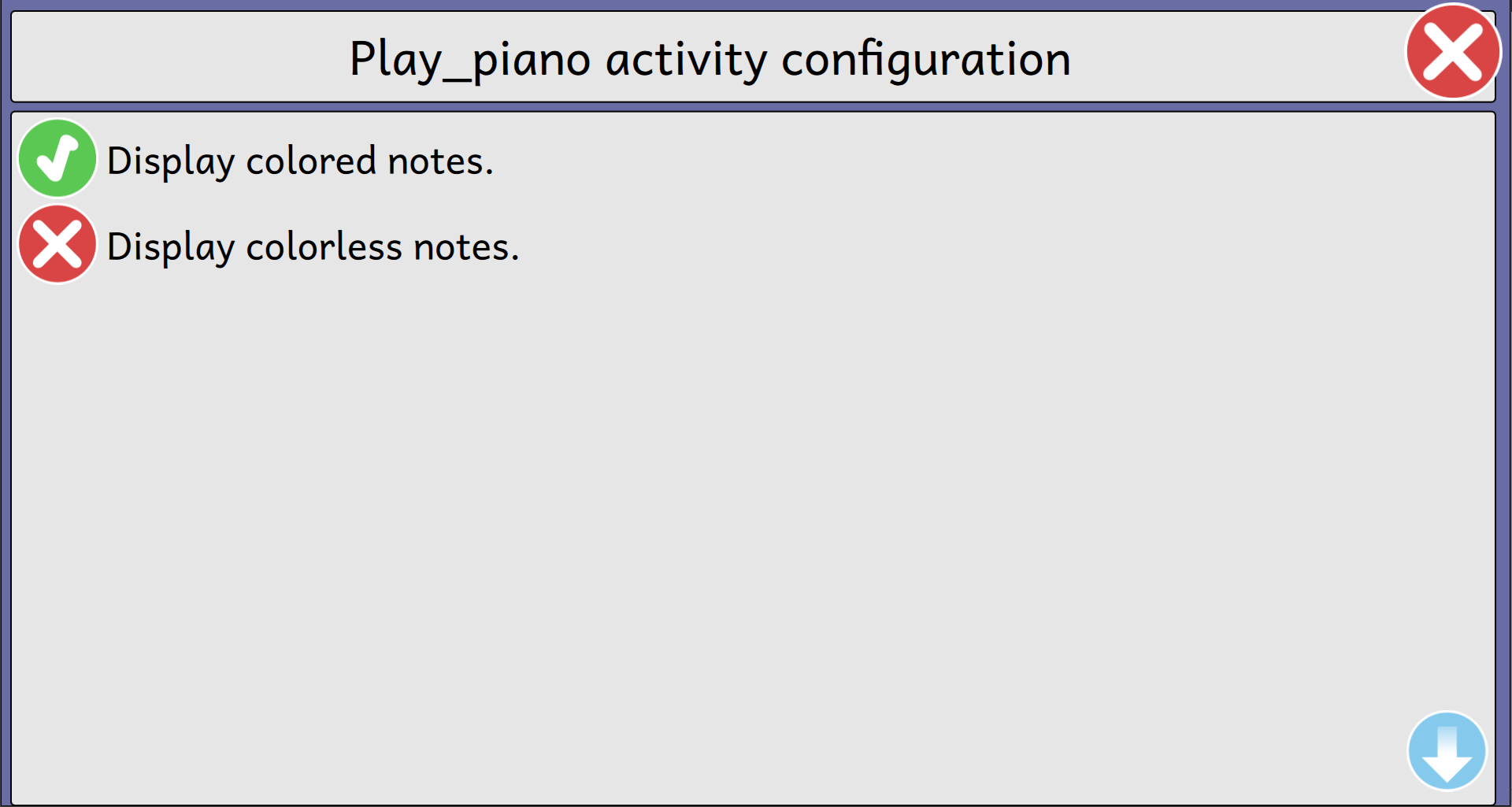 Configuration window for the two modes

This activity aims to teach sight reading the notes in music and their position on the staff by presenting several notes one-by-one with animation from the right of the staff sliding to the right of the clef image. The user will get the combination of all the notes he has learned previously and the current targetted notes from the dataset. Only the reference notes are colored as red and the user is made to learn the notes around it. One has to correct enough notes to get a 100% and advance to next stage.

1. Laid down UI of the activity.

3. Added animation for the notes.

4. Added tutorial mode for the activity.

5. Implemented working logic of the activity. 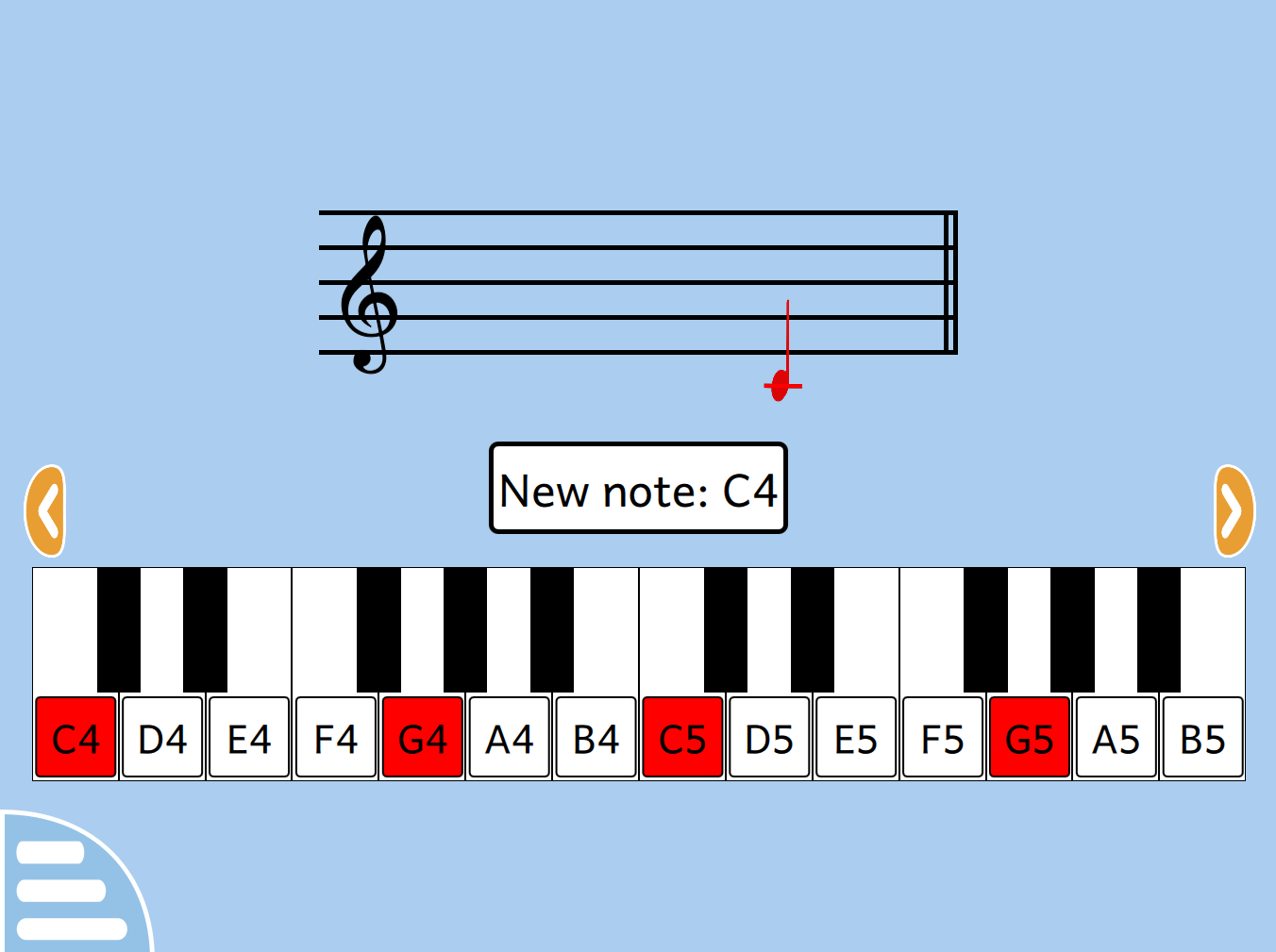 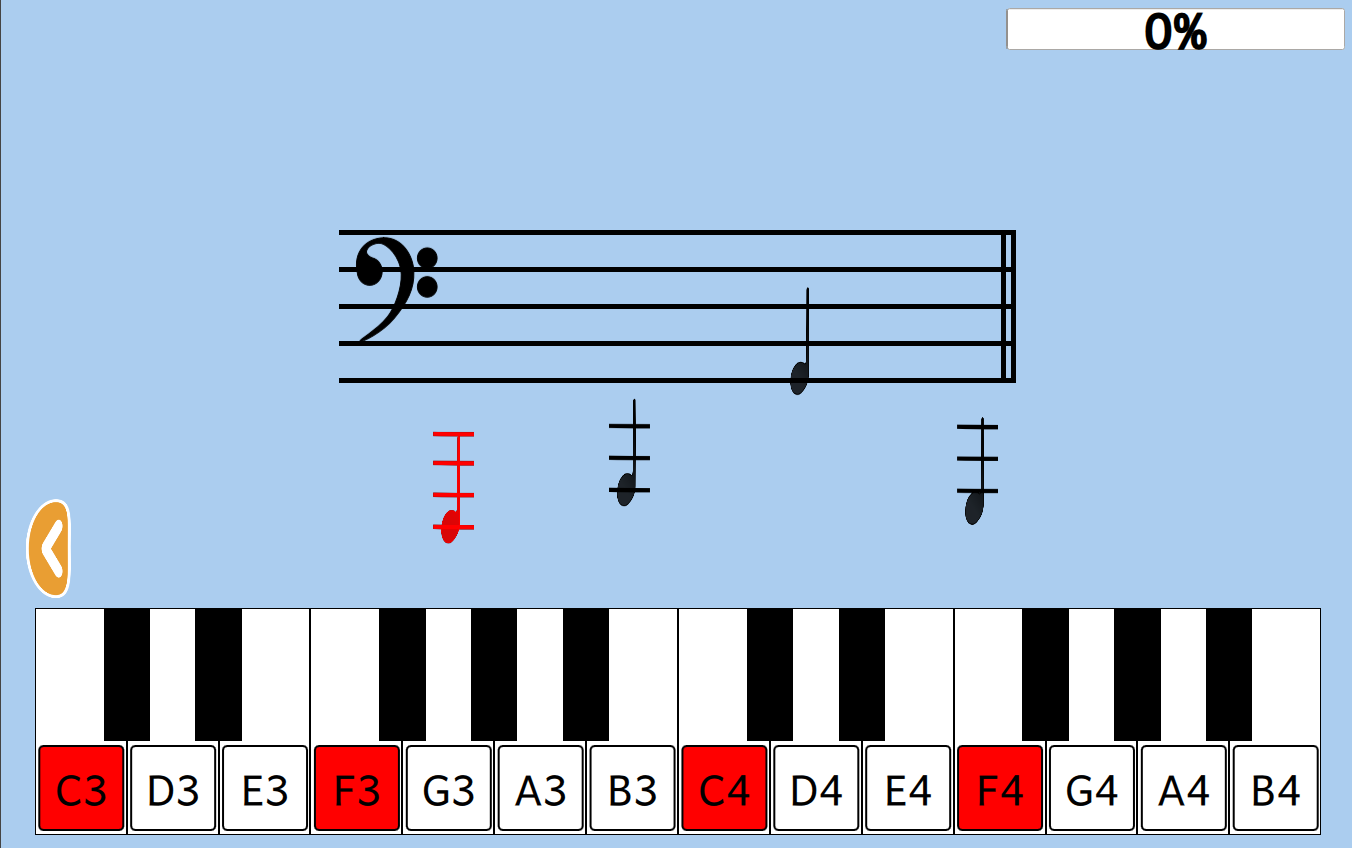 This activity aims to let the user practice the accuracy of his rhythm by playing the presented rhythm at correct times by following the red Pulse marker line and estimating the time through the dynamic metronome.

1. Laid down UI of the activity.

3. Added pulse marker and its animation.

5. Implemented working logic of the activity.

6. Added an element AdvancedTimer with the feature to enable pause/resume which lacks in the QtQuick's Timer element. 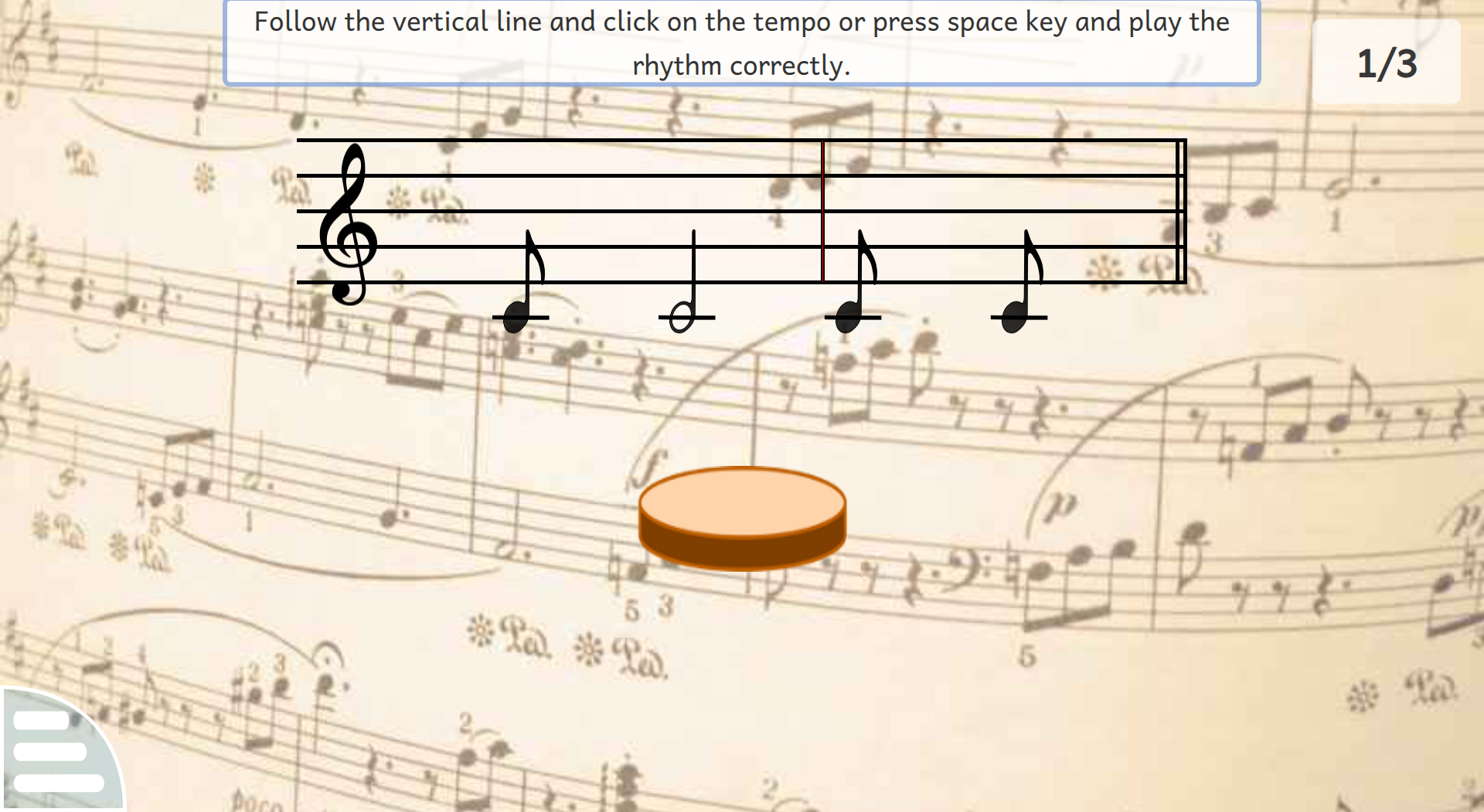 A level with Pulse marker 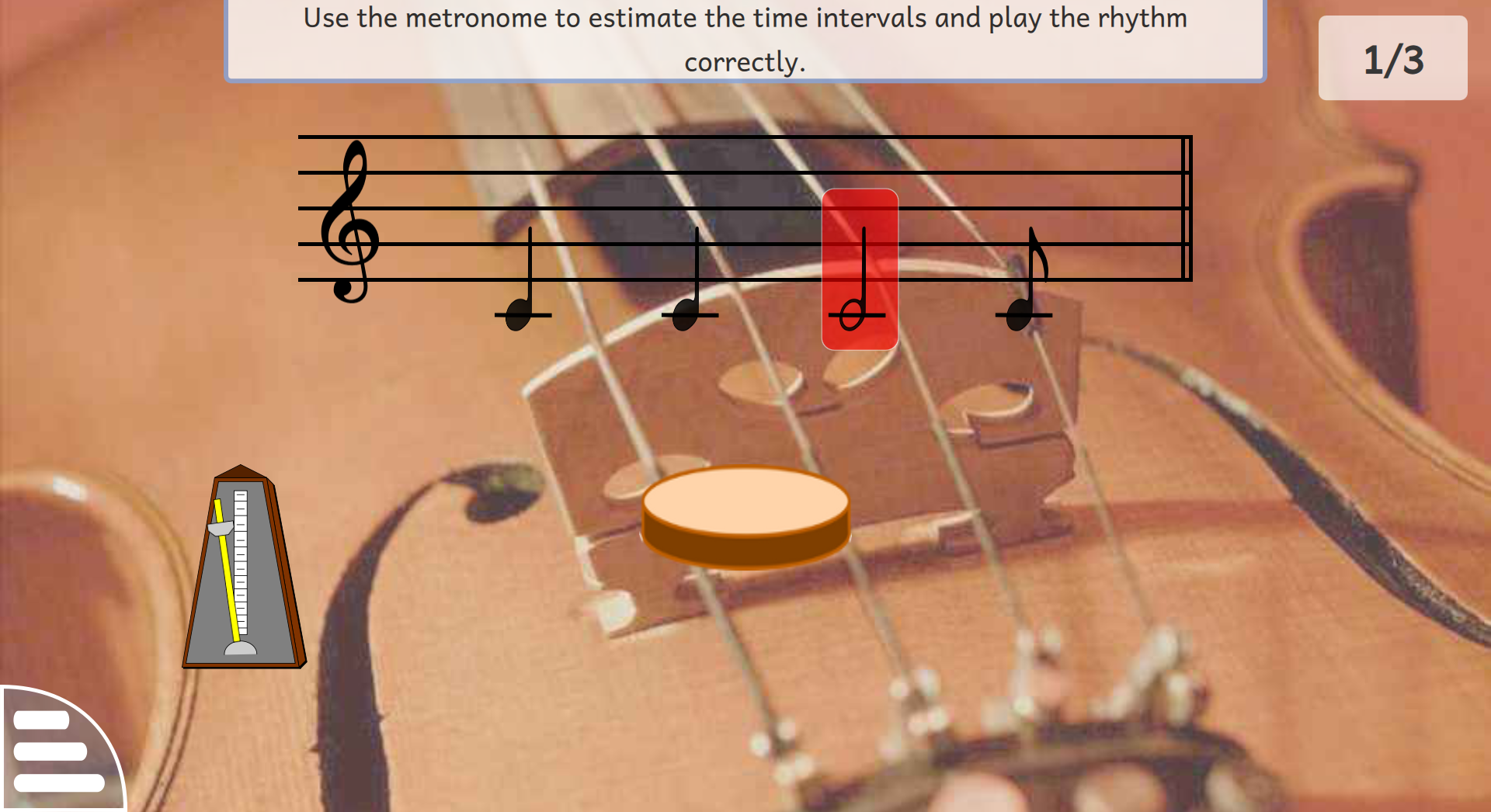 A level with metronome

The following are the links to all my work:


This page was last edited on 11 August 2018, at 14:58. Content is available under Creative Commons License SA 4.0 unless otherwise noted.