Usability Improvements that have been agreed upon but have yet to be implemented are tracked here.

Layout selection in the main window

A dropdown-listbox to select the playlist layout used will to be placed above the playlist. Next to it there is a wrench-button (labeled "Configure layouts") which opens the layout configuration dialog.

The current (svn) way of scrolling the widgets in the context view column is suboptimal since it is both horizontal and discrete whereas the widgets are laid out vertically and continuously. Using a normal scrollbar would raise the problem of having to scrollbars side by side when widgets have their own. gsteinert had the following idea to solve this:

To clearly distinguish it from internal scrollbars, the global scrollbar should look like the thumbnail bar e.g. in Okular, with a rectangle (with correct relative height) with icon representing each widget. 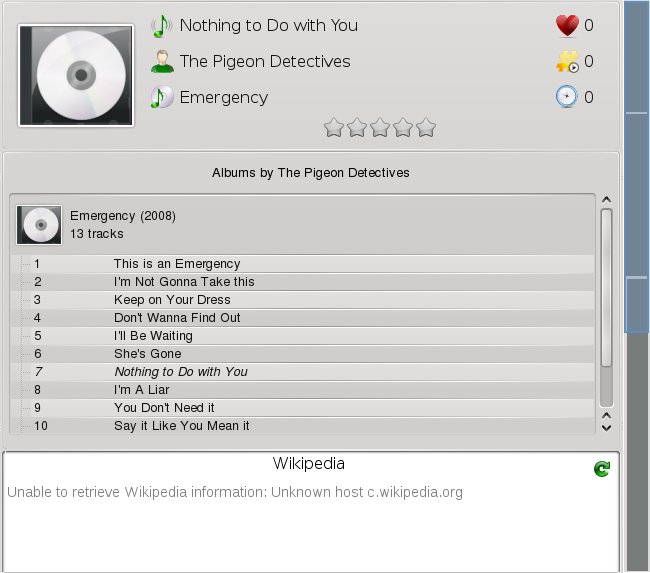 A mockup of the "scrollbar" (right) without the icons. The blue frame represents the current view.

In order to avoid adding another element to the UI, the scrollbar should serve as a means to add, remove and move widgets to/from/across the context view. This would be done by pressing a wrench-button switches the scrollbar to "edit mode" and open a list of available windows to be dragged directly into the scrollbar. Widgets can be moved along the scrollbar in that mode as well as out of it to remove them. This would allow for a more direct way of manipulating the cv. The scrollbar has to change visually when the button is pressed to make clear where the configuration is done. This would make the horizontal nav/config bar obsolete. 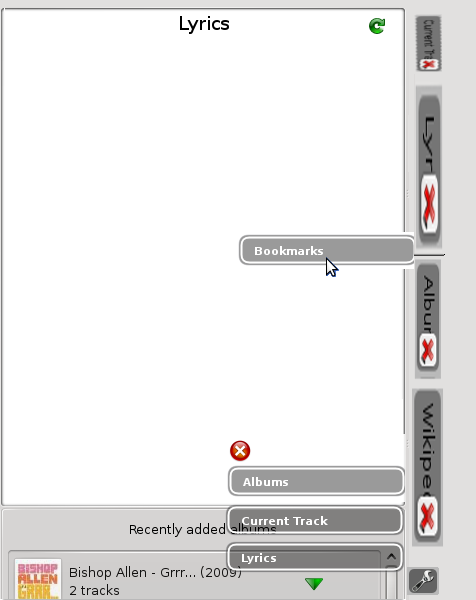 A mockup of the scrollbar in "config mode" (sorry for the poor visual quality).


This page was last edited on 10 December 2012, at 12:16. Content is available under Creative Commons License SA 4.0 unless otherwise noted.