The Windows port of Amarok is a work in progress and not intended for end users. DO NOT file bugs against the windows port, or expect any support for it.

Most developers aren't using windows and probably can't help you much. However if this doesn't deter you, and you still want to know more, contact shakes in #amarok for more information.

When Amarok reaches a state where we're ready to start releasing builds for alpha testing on Linux, a Windows download will be made available. Until then, be patient ... you're not missing much. ;)

The phonon direct show 9 backend from Trolltech is now in kdereview and usable with Amarok. This means Amarok can play both local files and streams of any file format Windows has codecs for (by default things like mp3 and wma, but ogg, flac, etc can be installed).

Amarok is currently usable, at least for testing and development purposes. However, just like the unix version, it is in pre-alpha state and not ready for day to day use because not all functionality is available yet.

Amarok builds with either gcc (with mingw32 - use the version from the emerge script) or Microsoft Visual Studio (2005 or 2008 should both work).

Follow the instructions on the KDE Windows wiki to get a build environment set up.

For MSVC, you will need the DirectX SDK in addition to the platform SDK (5 or greater for the PSDK should be fine) to compile the ds9 phonon backend. Make sure you add the appropriate DirectX SDK directories your LIB and INCLUDE environment variables.

At a minimum you'll need these packages (and their dependencies):

You should be able to "emerge amarok", which in return will install all the dependencies and with any luck, if the trunk isn't broken, the latest svn code should compile.

At this point I'd recommend MSVC over mingw if you have the option, as the debugging capabilities available under mingw are far from ideal. Also, since the MSVC port is the one being more actively tested, it's less likely to contain problems.

Just a couple of quick screenshots of progress so far: 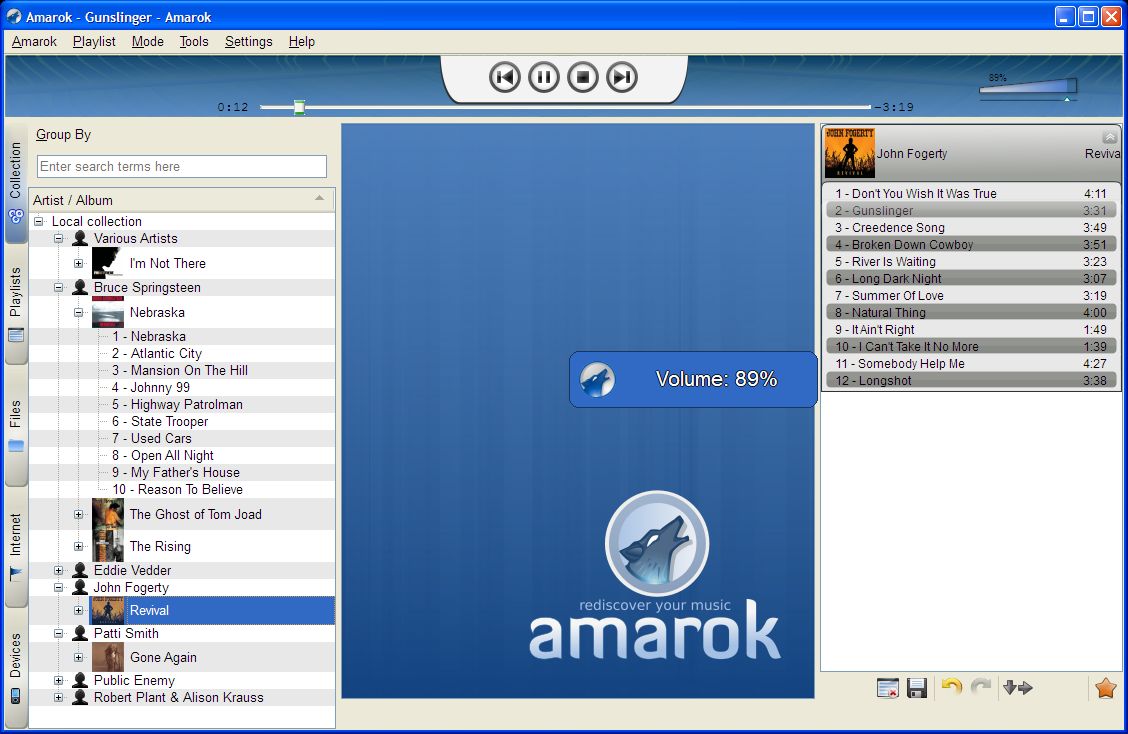 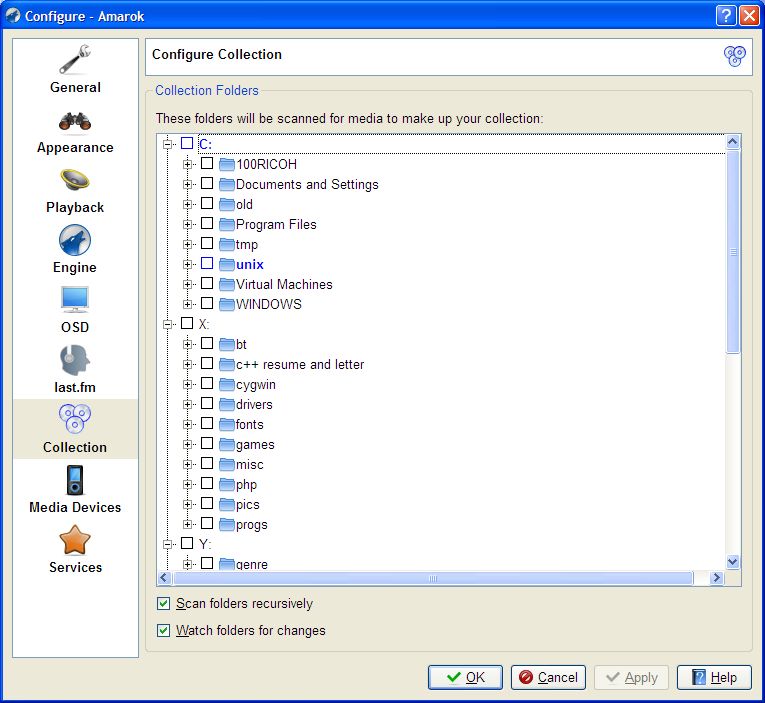 The preferences window, showing that you can configure your collection folders across multiple drives.