This document describes new features available in the development version of amaroK 1.4, codenamed "Fast Forward". If you've ever wondered what awaits for you in the future version of your favorite audio player, you're on the right place to find out!

If you are interested in testing those features by yourself, take a look at the [Install guide] to find out how to compile amaroK from SVN, or check if there are any SVN builds for your distribution.

As some (unfortunate?) owners of AAC, WMA and RealMedia files had found, tags in such files weren't supported in amaroK 1.3.x series and earlier. As a consequence, those file weren't added into the collection, so there was no advanced features for them such as collection search, scoring, and so on. Now, thanks to the custom Taglib plugins, developers are able to bring metadata support for these files, so everyone can enjoy the power of amaroK for their entire music collection.

One of the unique features of previous versions of amaroK was the possibility to automatically fetch lyrics for played song. Now amaroK pushes the limits even more with its new scriptable lyrics support. Each lyrics source is handled by a script, so it's possible to fetch lyrics from practically any site. amaroK is bundled with few of them, but everyone can create their own, or enhance exiting ones. 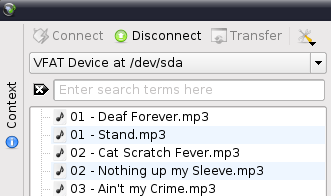 One of the most annoying "features" of earlier versions of amaroK was ability to crash if some tags caused problems with Taglib. Now, the whole collection scanner has been moved into a separate process, so if a problem occurs and causes Taglib to crash, amaroK restarts it just after the problematic file. Likewise, the whole process is transparent and trouble free. Anyway, the collection scanner code has also been improved, so it's faster and more stable now.

Users of xine engine have a reason to cheer as well. amaroK now supports truly gapless playback. It needs xine-lib >= 1.1.1, but the effects are awesome!

One of the changes that amaroK user will probably notice first, is the lack of "Home" tab in Collection browser. Developers has agreed that 4 tabs are too much for usability, so it has been dropped of. A new tool called "Statistics" (available under "Tools->Statistics") has been created. It's not finished yet, but it has a lot of potential. And it looks quite good, doesn't it? 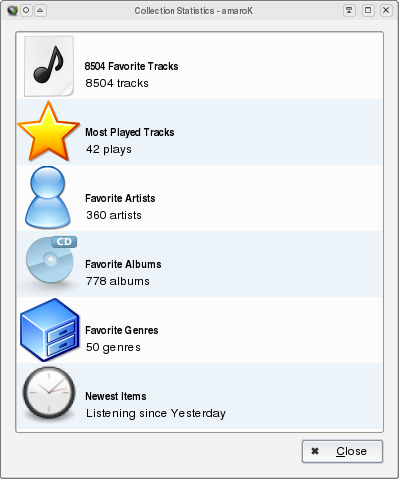 There were some users, who were not satisfied with amaroK's track scoring system. So now, track popularity has been separated into "Score" and "Rating". Score is calculated by amaroK and changes dynamically, while rating is defined by the user, and him alone. There will be no confusion, since yellow stars represent the rating, and score is displayed only in a form of number. It's very amusing to compare declared rating with "truthful" score :).

Track properties dialog was somewhat limited in previous versions of amaroK. It had a serious face-lifting lately, and now its really powerful but still simple to use tool. It displays lots of information nicely categorized into tabs, shows album covers, and features even a lyrics editor. Many users will be happy to use new flexible tag-from-filename guesser. 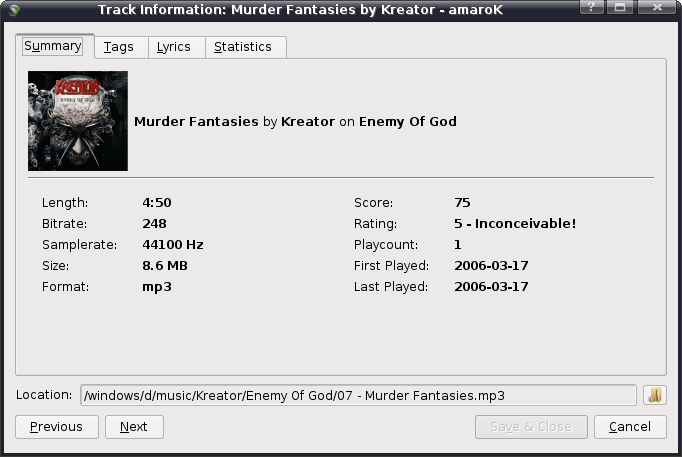 AmaroK motivates users to keep their music tags clean. However, the underlying filesystem structure could be chaotic. Now, there is an elegant way to keep music files organized: new "Organize files" tool. It quickly creates tags-based directory structure, so you can find your files easily, even when you're outside amaroK. 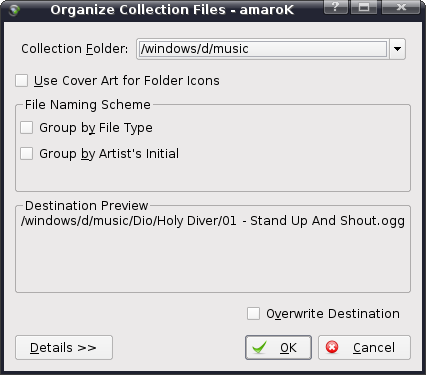 Wikipedia's locale in amaroK is now configurable! If you ever wanted to see non-English artist info in Context browser now you have a way!

Some movement has been seen to make a non-KDE users life easier. Changing the default Web browser in amaroK does not require kdebase anymore. It's now possible to do it via the config dialog.

Have you ever wondered what was the name of tracks that you copied from a friend last week? Worry no more, because the amaroK "Fast Forward" has many ways to help you. You can use the new "Statistics" tool to check the "Newest items", but you can also try the time-based filtering to find the tracks you like in the colection. It's intuitive and fast. Another cool feature in new amaroK is the possibility to show related artists in the Context browser. It's similar to "Suggested songs", however it does not limit itself to users collection, it uses a full last.fm data insted. It's a great way to discover new interesting artists, and a fun to use.

AmaroK has lately recieved a lot of attention from artists, which resulted in completely new and unique iconset. Take a look at it here [[1]].

When talking about eye-candy, new drag-n-drop system can't be omitted. When you drag some track from one place to another its album cover shows under cursor. It looks very nice when you drag multiple tracks... 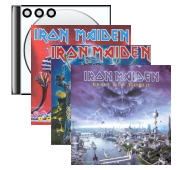 There is no need anymore to have all browsers visible on the screen if you don't use them. Just click with the right mouse button on any of them, and choose which one do you like, and which not. It's really useful.

Have you ever felt that there is too much information in the Context browser? Now it's super easy to adjust it to your needs by a simple context menu.

A new patch has entered lately, adding nice dividers into Collection browser, which makes it much easier to use. Don't worry if it doesn't fit your needs - it's configurable ;) 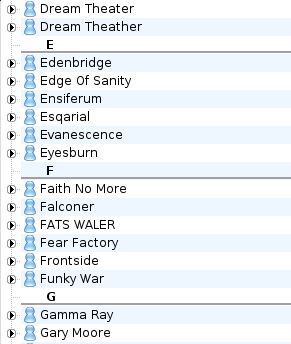 
This page was last edited on 21 December 2012, at 04:05. Content is available under Creative Commons License SA 4.0 unless otherwise noted.