Akademy 2013 is divided among two different venues. At the weekend the events are being held in the “Bizkaia Aretoa”, the main hall of the University and during the weekdays they will move into the Faculty of Engineering. Both places are in the centre of the city and it is easy to get there with public transport. Moreover, it is possible to move through the whole city on foot and both venues are connected by tram; otherwise it is a walk of approximately 20 minutes.

Nearby are Termibus, the main bus station of Bilbao, the headquarters of the Basque Television and Radio (EITB) and the football field San Mames.

In order to get there it is highly recommended either to use the underground or the tram. Both stops are called “San Mames”.

In this case the most comfortable way of arriving is using the tram and getting off in “Guggenheim”. The nearest underground station is “Moyua”, which is about 10 minutes far. 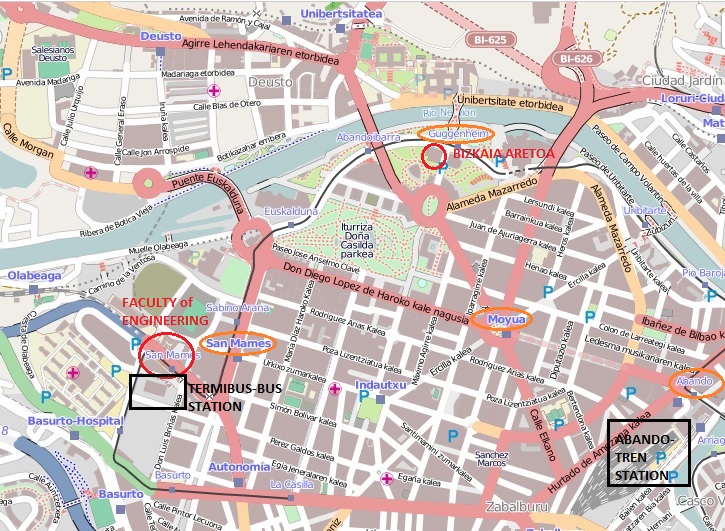 
This page was last edited on 13 June 2013, at 15:34. Content is available under Creative Commons License SA 4.0 unless otherwise noted.