It took me a long time until I found how to get the first row as column name. Assumed reason: The checkbox for the option (nicely put on the first tab!) is somewhat squeezed between other elements.

One suggestion would be to lable the "presets" and the option checkbox like this (green/comic font=changes):

One possibly could save some space using dropdowns if this is needed. In this case you could write JanD for a suggestion.

row is the CSV’s or the resulting data.frame.
Suggestion: "Use first line as column names" (?)

unclear what this default is.

object after import in the table view, but it suggests it somehow directly changes some object (like a mixin or an overwrite...)
Suggestion: "Open after Import" or "View after import") 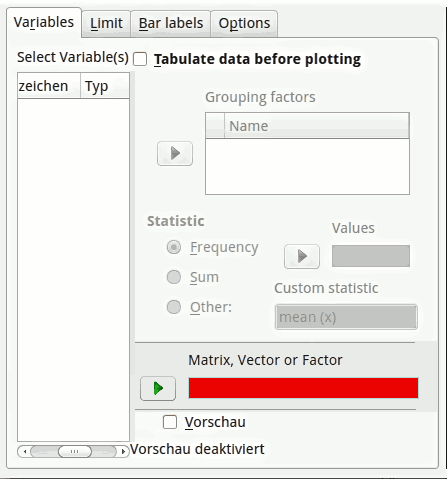