It is a QML component which shows information about the current media to the user.

This has core MediaCenter classes to help in functionality. 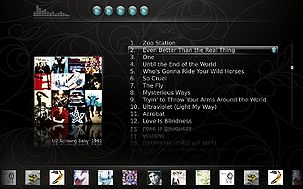 Right now users can select a media and play it, however a playlist concept is missing


This page was last edited on 23 March 2012, at 17:58. Content is available under Creative Commons License SA 4.0 unless otherwise noted.