Difference between revisions of "Marble/MaemoEnvironment"

To strip down the number of dependencies, we will use the Qt-based version of Marble. The compilation requires cmake as the build system and Qt development libraries. Make sure both are installed: <syntaxhighlight lang="bash"> [sbox-FREMANTLE_X86: ~] > apt-get install cmake libqt4-dev

Some maps have to be created at the first start of Marble. Currently this is not supported for Maemo. You can copy the files from another system or start up with a map like OpenStreetMap which does not need data creation. The latter is accomplished as follows: <syntaxhighlight lang="bash"> nano -w ~/.config/kde.org/"Marble Desktop Globe.conf" Insert the following two lines (create the file and directory if they do not exist):

Execute the marble binary with the help of run-standalone.sh, a script provided by the Maemo platform to setup a working environment. <syntaxhighlight lang="bash"> [sbox-FREMANTLE_X86: ~] > run-standalone.sh marble Marble should start up and become visible in Xephyr now. It will look like this: 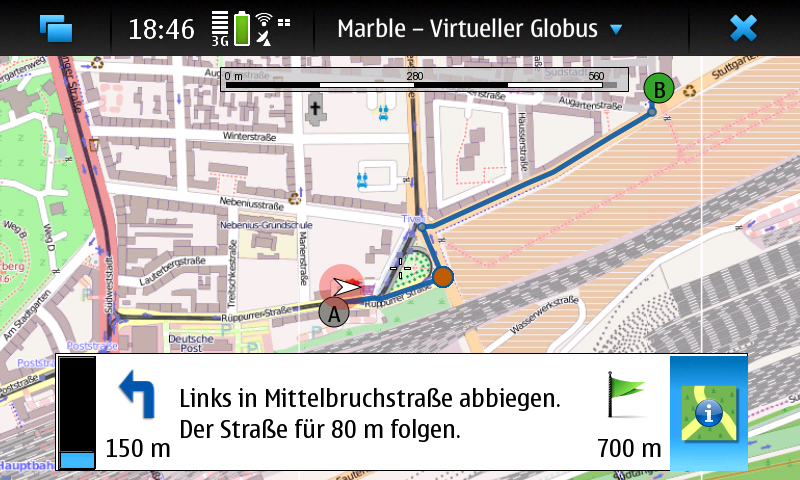 
This page was last edited on 29 June 2011, at 20:42. Content is available under Creative Commons License SA 4.0 unless otherwise noted.