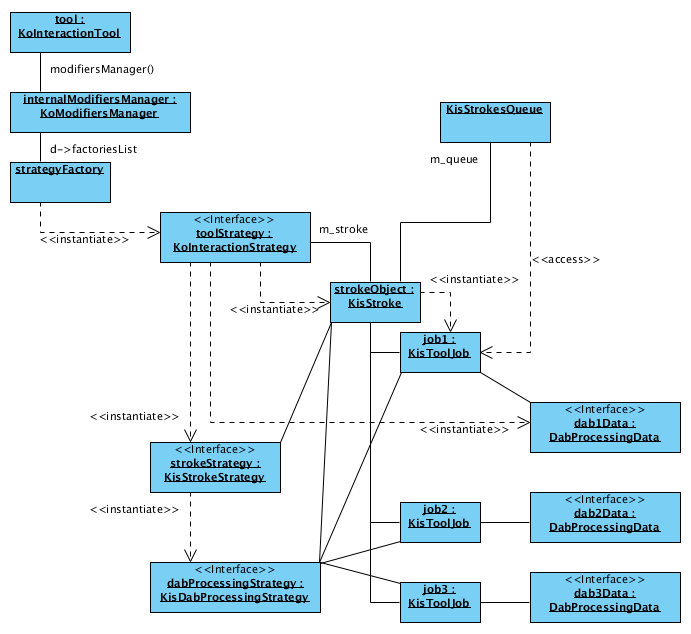 DabProcessingData this data is passed to KisDabProcessingStrategy when it is requested to paint a dab. This class is supposed to be reimplemented by the tool.

There is a special isExclusive() parameter that can be set but the tool to any particular value. When the job is defined "exclusive", it means that it job will be the only object accessing the image during it's execution. All the other threads will be stopped. This parameter is quite significant for such tools as KisToolMove, because you cannot change the offset of a device during any iterator running on the image, you'll get a crash otherwise.

All the jobes are grouped into strokes. Each stroke has it's own transaction, indirect painting device (if requested) and a set of jobs (say, "dabs") to execute (paint). These jobs can be added to a stroke incrementally while the user is painting on a canvas. 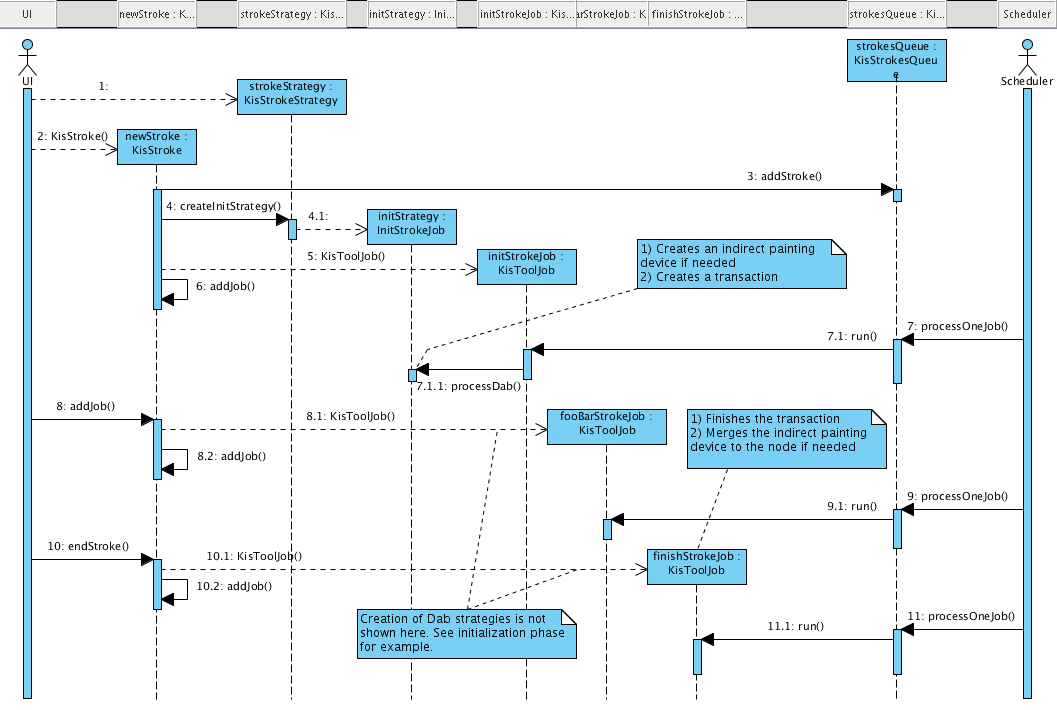