Timothee Giet ("Animtim") has been passionate about comics-style illustrations since early on. After completing his art studies in 2001, he worked on a large variety of independent projects including magazine illustrations, concert decorations, records, flyers and animations. In 2008 he switched to the Linux environment and decided to once again pursue his initial interest: comic books. This led him to Krita in 2010.

With the support of the community, Krita's first training DVD was fully funded by the fund raiser and successfully completed within the 2 months deadline, featuring interface explanations and step-by-step instructions on the following topics:

The DVD became available as a training DVD + comic pack (now sold out), which includes 6 hours of HD video and the actual comic. The content can still be downloaded from this torrent. Click here for a review.

The tutorials can also be accessed on Youtube, where they serve as an essential introduction of Krita's interface and features to new users.

Today, Timothee continues to contribute regularly to Krita, providing it with its first set of ready-to-use brush presets (now in Krita's default starter pack), creating icons and templates, and discussing future development plans with the developers. 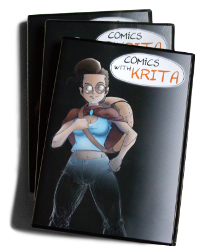 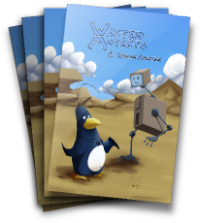 
This page was last edited on 16 April 2014, at 14:03. Content is available under Creative Commons License SA 4.0 unless otherwise noted.