This is the second part of the article on the joint Kate/KDevelop development sprint that took place in Vienna from the 23rd to 29th of October this year.

If you are interested in some background and what has happened in Kate-land during the sprint, make sure to read the first part of this article [1]. This issue will give an overview over the interesting changes in KDevelop.

Many thanks here once more to the KDE e.V. and the sponsors and donors [2] for funding the development sprint. Special thanks go to Joseph Wenninger [3] for not only organizing the sprint but also funding parts of it. And finally thanks again to Vivid Planet [4] for inviting us to a great dinner.

The attending KDevelop hackers have been very busy and productive during the sprint. About 550 commits have been made in just one week. They address performance issues, fix bugs, polish our user interface or integrate new features.

During the sprint we sat together and did a final review of the work done by Miha to integrate unit test support with KDevelop. Make sure to read his report [5] on the new testing framework.

While most of this work has been done by Miha before the sprint, Niko and Aleix where busy polishing its implementation during the sprint. Thanks to that it is now possible to easily possible to run and debug tests in KDevelop. Currently we have support for CTest/QTestLib and PHPUnit. As usual this framework is easily extensible through plugins for other frameworks.

Unit test support was something that Miha worked on in his spare time. This year he was also a GSOC student [6] for KDevelop: He worked hard on an improved project templates support and - more importantly - wrote a new Grantlee based "file template" feature. This allows you to create snippets for new files and replaces and extends the existing "Create new Class" wizard we had in KDevelop up until now. Make sure to read his final GSOC report on the matter [7].

All this work was also finally merged into master during the sprint in Vienna. Aleix and Milian polished the implementation, while Alexander and Miquel created proper Ruby file templates. The good thing is that you can create your own templates [8] and share them with your colleagues or other KDevelop users. If you wrote a good general purpose template, you could also sent it to us and we'll include it with the rest of the existing examples.

While Sven did not only work on his pet project, the Python language support, he sure managed to improve it a lot. He concentrated on code optimizations, clean ups and most importantly bugfixes. This paved the way for the first beta release [9] of kdev-python 1.4. Just shortly after the sprint then he successfully released kdev-python 1.4 [10] which works together with KDevelop 4.4 and supports python 2.7. For KDevelop 4.5 he is already busily hacking away on kdev-python 1.5 which should then finally support Python 3.

On the ruby front we also saw lots of improvement thanks to the hard work of Miquel and Alexander. Building on top of Miquel's work [11] during GSOC this year, they improved the Ruby plugin until it managed to successfully parse Alexanders large Ruby on Rails source projects. [12] While this work required lots of changes to the language plugin, they also worked on proper Ruby support for the new File Templates and Unit Testing features for KDevelop [13].

We did not only spent time on new features though. Face to face discussion and pair programming enabled us to improve and polish some parts of our user interface. This is always a huge advantage of such hack sprints and just shows how important it is to regularly meet in person.

So what has changed? Sven and Aleix spent some time on beautifying our settings dialog [14] which meant adding nice icons here and there as well as restructuring the form layouts a bit. 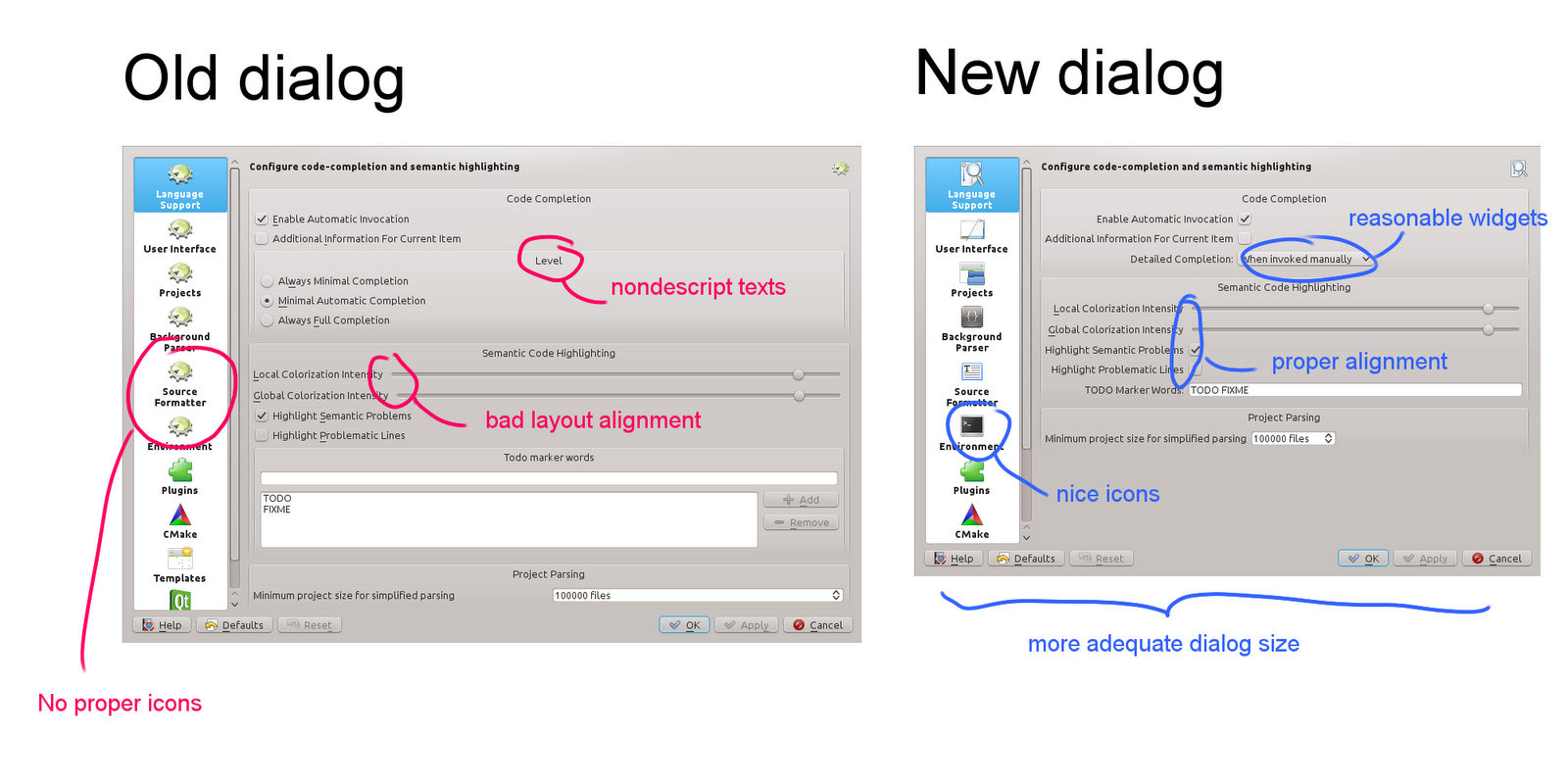 Furthermore they once again worked on improving our launch configuration dialog [15]. Here they tried to simplify it as much as possible, to make it simpler for new comers to create custom launch configurations. The simpler UI is also much more visually appealing thanks to the reduced cruft and clutter. 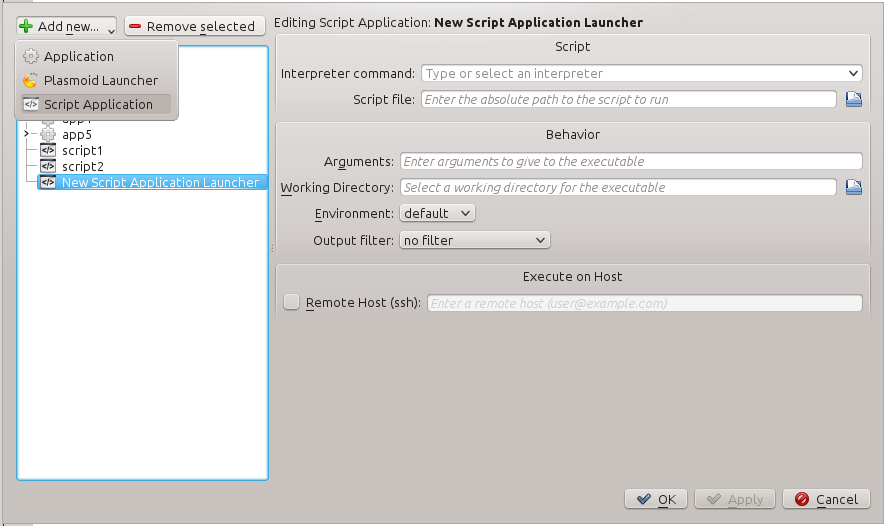