Difference between revisions of "KDE Games/Sprint 2011" 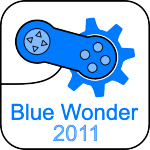 Live coverage from the sprint.

Just before the end of the first quarter of 2011, ten developers gathered in Dresden to discuss and implement the future of KDE Games. The local KDE community was represented very well by four developers, plus two from the nearby German capital Berlin.

While the local students Felix Lemke and Jeffrey Kelling used the opportunity to continue work on their own game ideas and present them to the fellow audience, newcomer Julian Helfferich committed the first bits of his work towards a level editor for KBreakOut. Friedrich Kossebau, motivated by his packaging work in the MeeGo community, assessed the playability of KDE Games on devices with small screens and touch-input and started on a patch to add fullscreen capability to all games.

Apart from these individual projects, the hottest topic (and initial incentive for the sprint) was to strengthen the bonds and to define the relationship between the different subprojects in the KDE Games community.

Dresden-based developer Stefan Majewsky spoke about his work in Project Tagaro which strives to create a libkdegames "2.0" that makes the existing codebase competitive and easier to maintain for the next few years. The other host, Josef Spillner, presented his work on the GGZ project which enables gaming over the network and creates client and server tools for managing social networks of gamers. GGZ technology is already available in a handful of KDE Games, but the existing KGGZ libraries need an update, which will hopefully be delivered by Tagaro in the near future.

Gluon, the other ongoing library effort in the KDE Games community, was represented by four developers from all over the world. Gluon delivers a comprehensive set of libraries for game development and an IDE that allows to create games with as less code as possible. The associated GamingFreedom.org website will allow game creators to share their products and gamers to interact with the creators.

Gluon uses the Open Collaboration Services protocol (OCS) for its social networking features, while GGZ implements similar features since years with a custom protocol. However, Josef Spillner committed initial support for an OCS export in GGZ to allow for integration with OCS-enabled applications like those from the Gluon project. It was agreed to collaborate on interoperable protocols also in those areas where OCS cannot be used.


This page was last edited on 12 March 2012, at 20:48. Content is available under Creative Commons License SA 4.0 unless otherwise noted.