N.B. The Windows build currently crashes when ISO images of certain distributions are used because of a segmentation fault caused by QGpgME on Windows.

Before writing an ISO image, you have the possibility to verify the ISO image using various means such as a GPG signature or a checksum. Distributions use different means to certify their ISO images and the user generally has to go through a complicated process to verify the validity of ISO images.

KDE ISO Image Writer features ISO verification within the graphical user interface which facilitates the process of verifying ISO images before writing them to USB flash drives. It will identify the Linux distribution based on the ISO image file name and perform the verification accordingly. 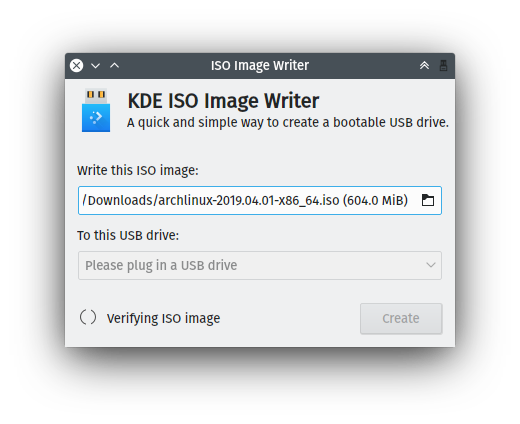 
This page was last edited on 23 August 2019, at 17:45. Content is available under Creative Commons License SA 4.0 unless otherwise noted.