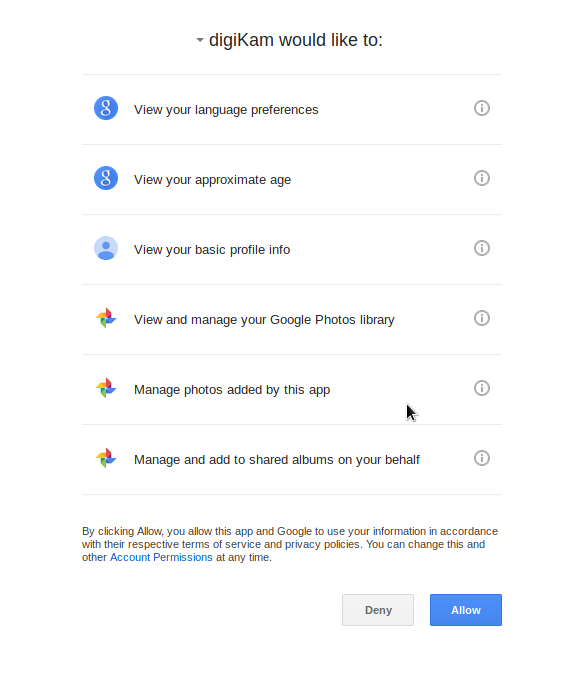 NOTE: WSTalker (base class for talkers) is only designed for web services that can be ported with O2 at present, as it groups signals/slots of O2 standard authentication flow. Other web services have their own ways for authentication via REST API, so they cannot be implemented as a derived class of wstalker. However, that may change in the future when QtNetworkAuth replaces O2. 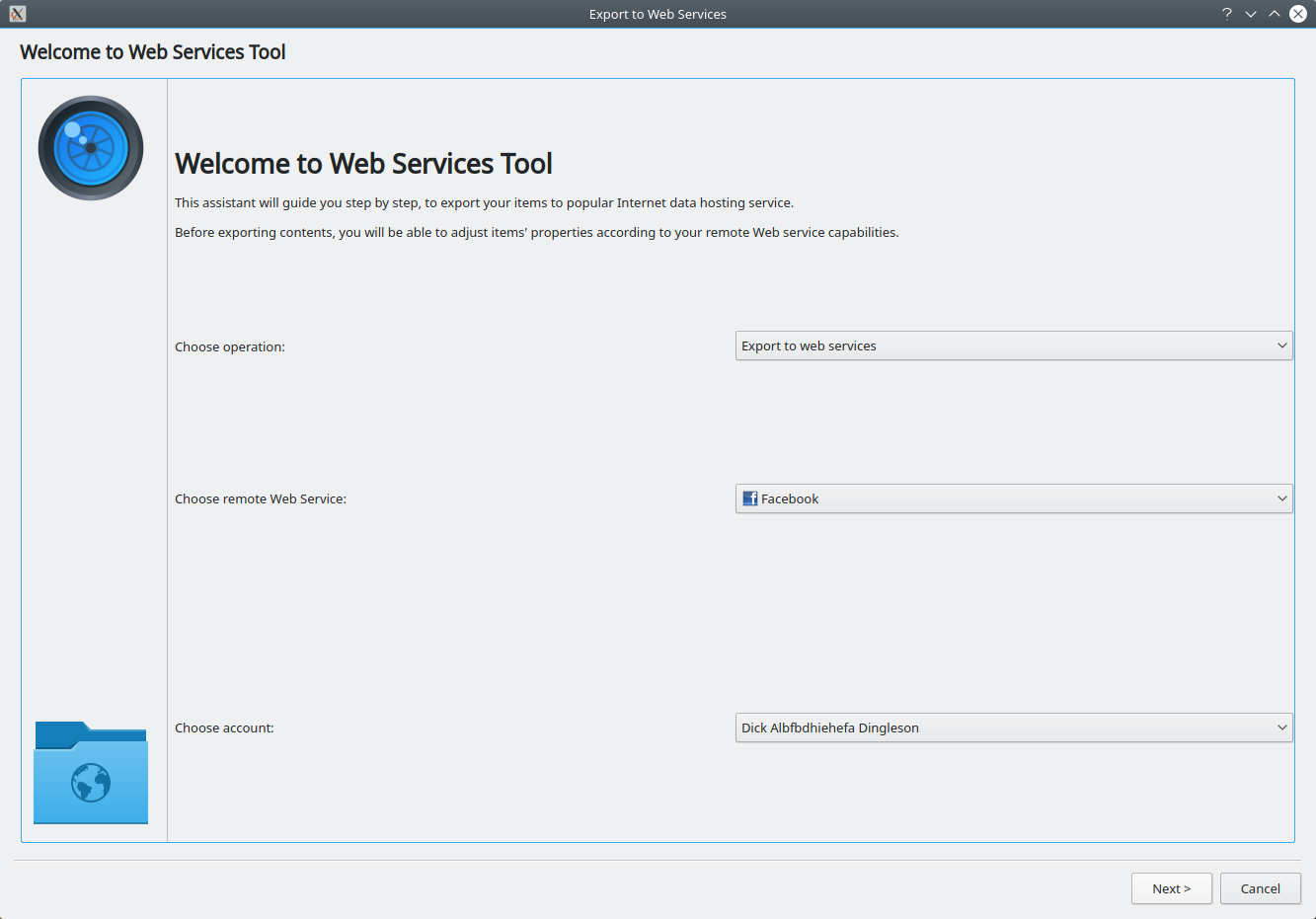 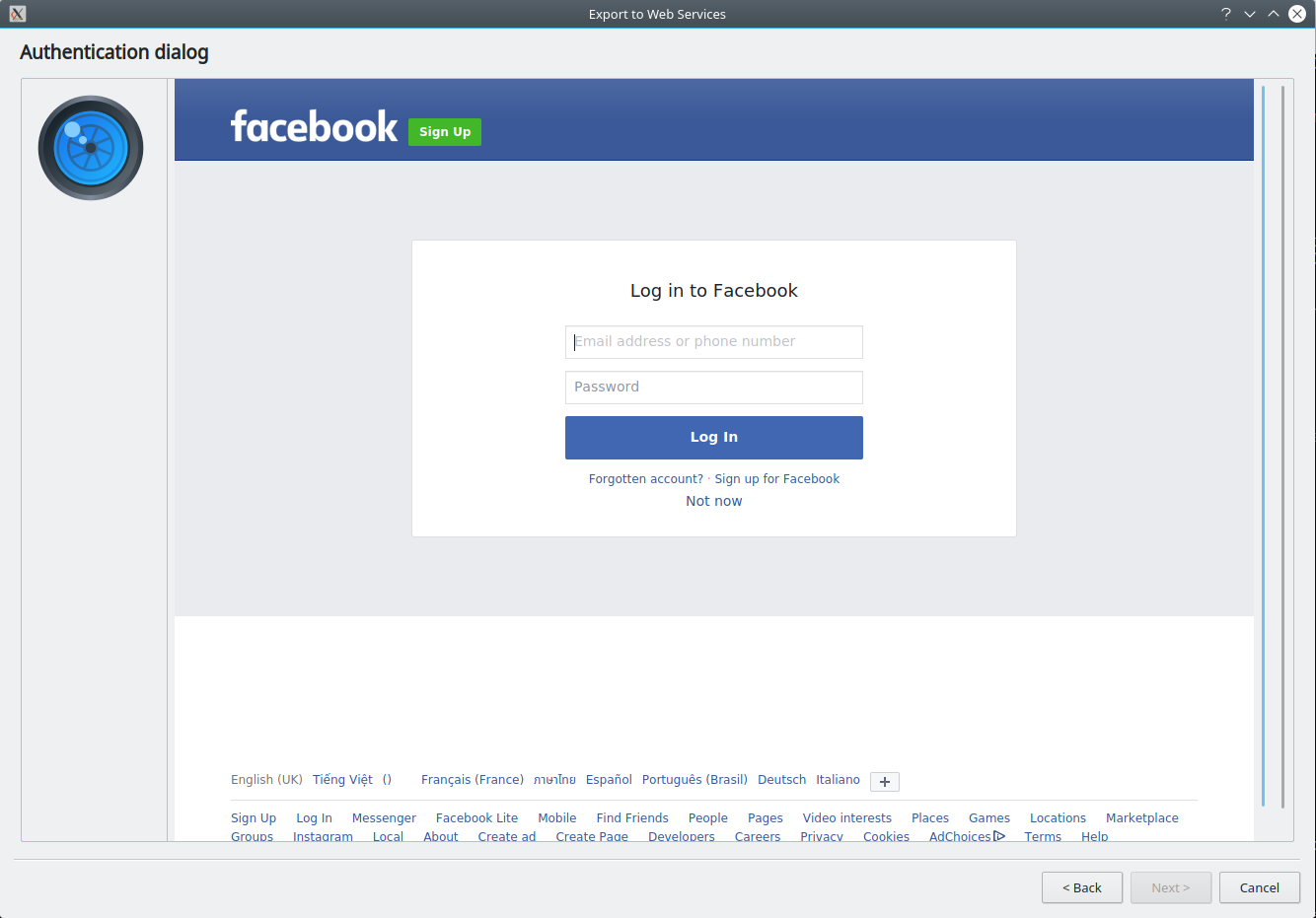 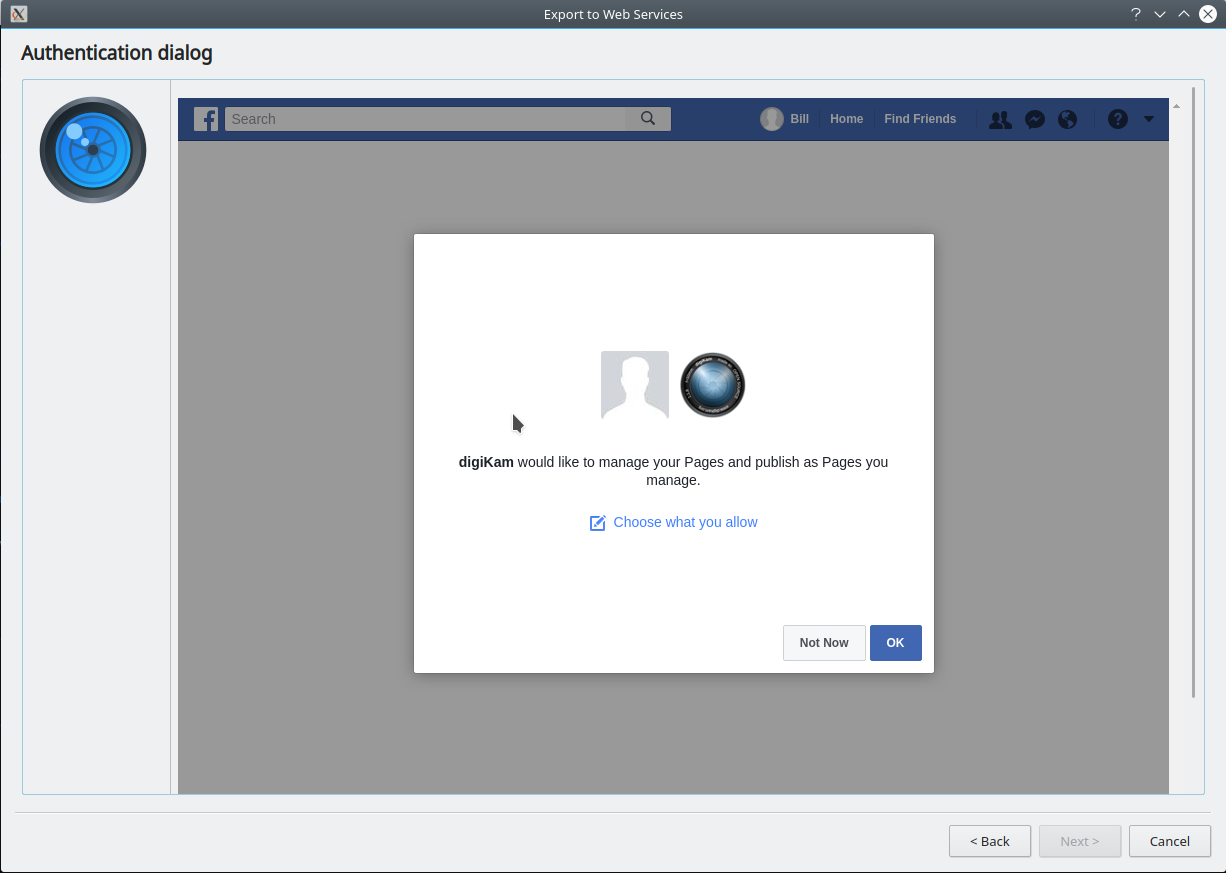 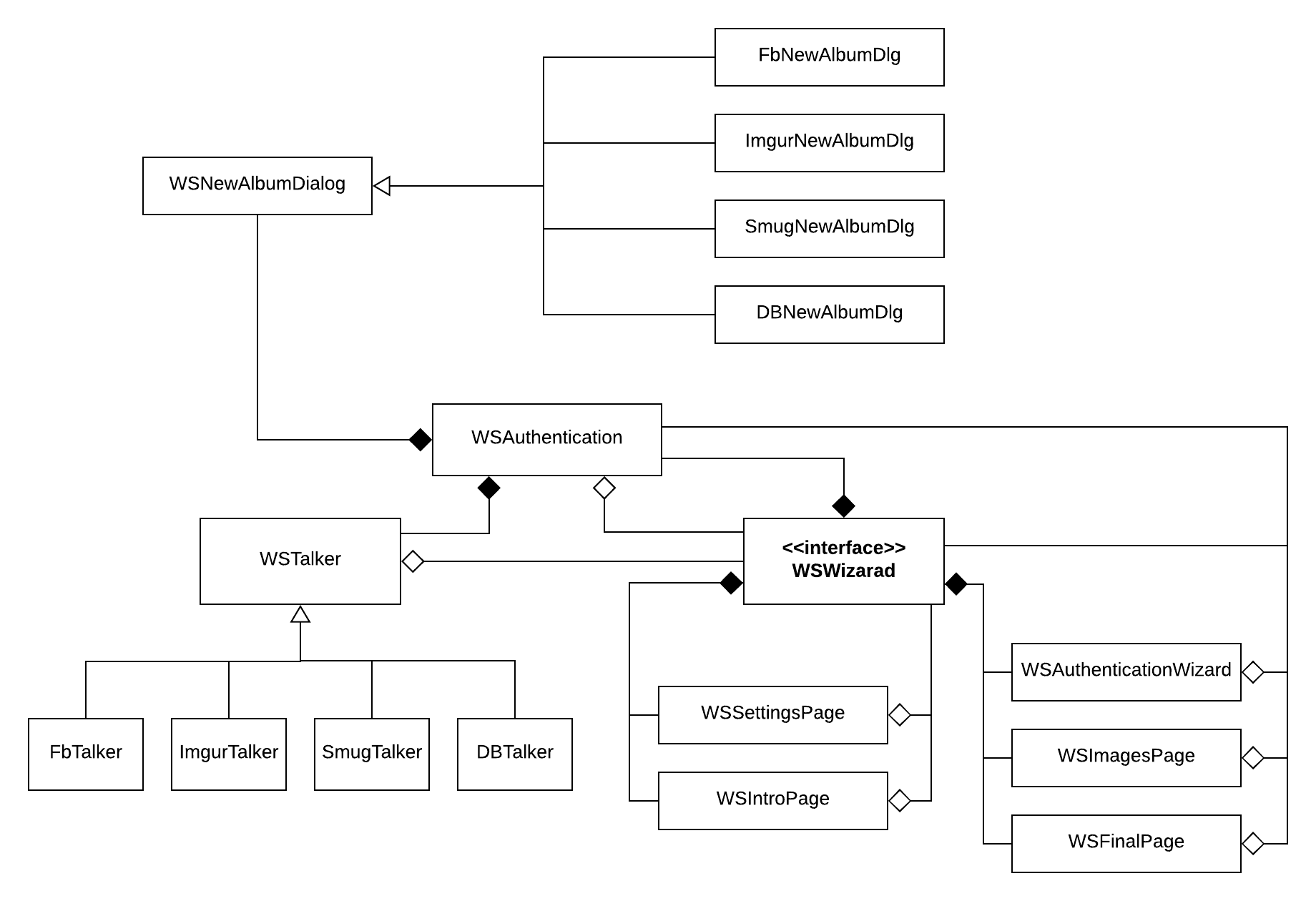 I finished adapting codes for Facebook, so that it can be used with the new GUI. Relating to the wizard, I have added new features to the GUI.

Below is the screenshot of images_page, where user is redirected to choose photos to export and album he wants to export to after passing through authentication process. 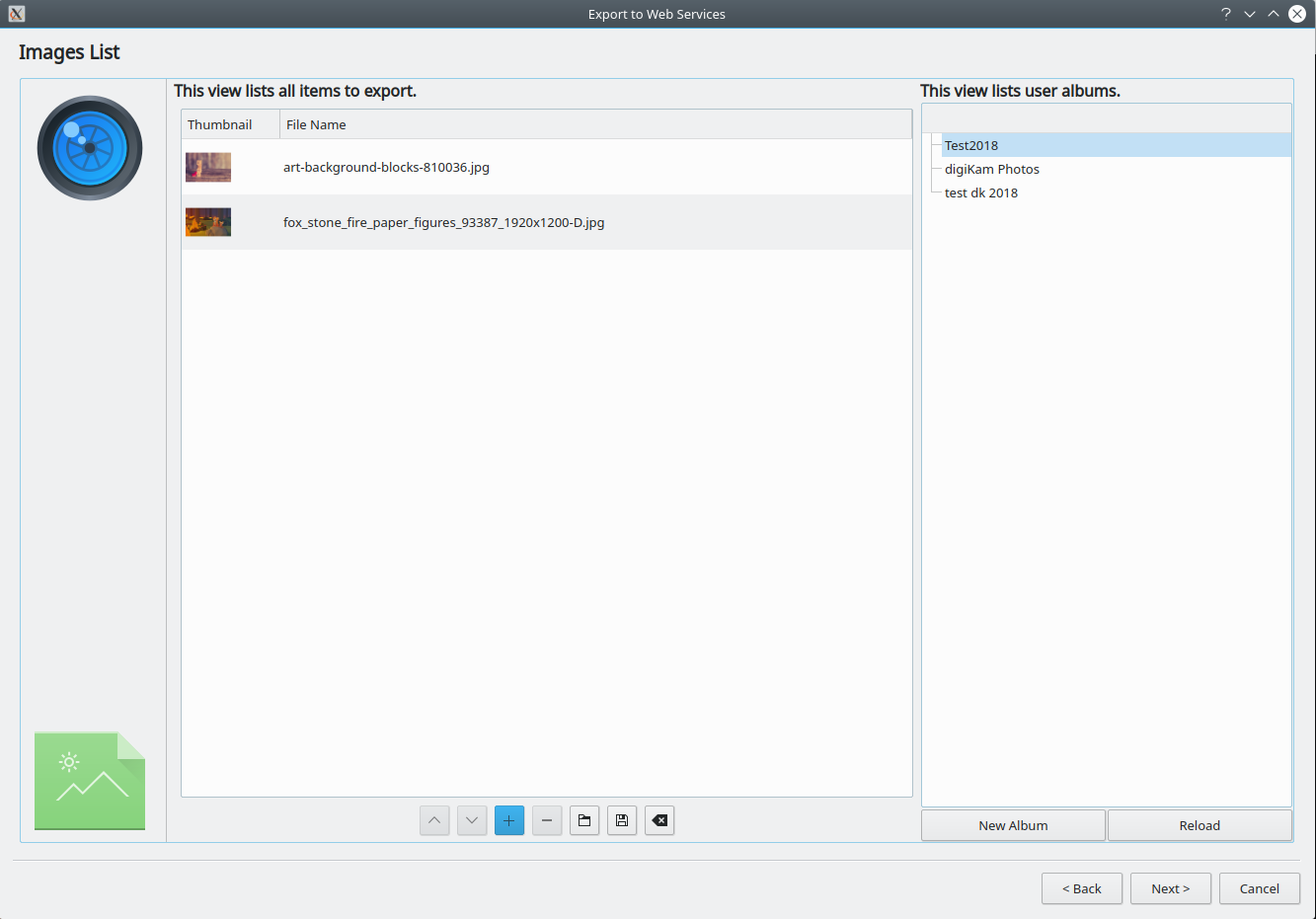 On the left side is the list of current albums on user account. This album view not only lists album, but also supports a hierarchical visualization of albums, which means we can have albums inside albums (as the case of google drive).