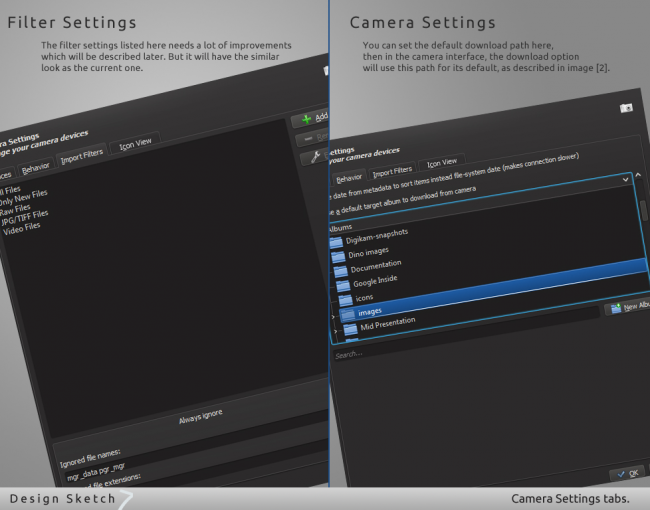 I have made several patches to Digikam, and I am really really interested in participating in its development and to be a part of its great team. I hope I can spend this summer hacking for Digikam, and continue hacking for it after this summer. I have to say that I really feel a great pleasure and a lot of fun when working in the beloved Open Source world.

Note
Please use the talk page to discuss this proposal.
Retrieved from "https://community.kde.org/index.php?title=Digikam/GSoC2012/CameraUserInterfaceRevamp&oldid=19601"


This page was last edited on 28 March 2012, at 02:08. Content is available under Creative Commons License SA 4.0 unless otherwise noted.